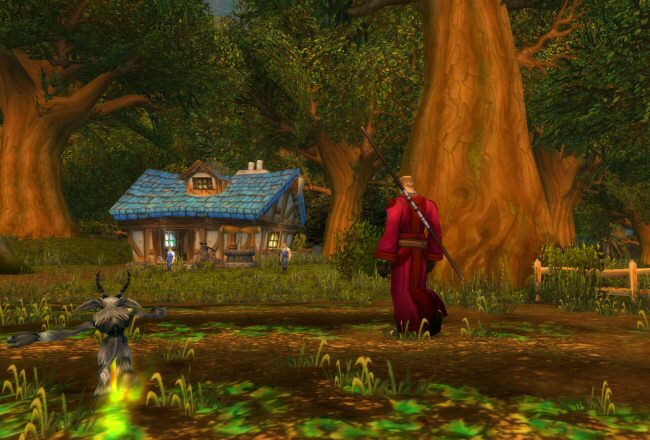 We're back at the MacLure farmstead. We come upon their worn, doorless, barely-furnished farmhouse. Just inside we see a young girl on the verge of womanhood. Her face is downcast. He eyes are reddened from tears. She paces around the room fitfully. Norman sees her and nudges me with his foot. "This right here," he whispers, "This is our big chance to help! Mother always says that when it comes to doing good, helping the poor is second only to punishing bad people."

I sigh and reply with a shrug. Whatever. Let's get this over with.

Norman knocks, introduces himself, and skirts around the question of why he has a two-foot-tall (but astoundingly fearsome) demon by his side. The girl introduces herself as Maybell Maclure. 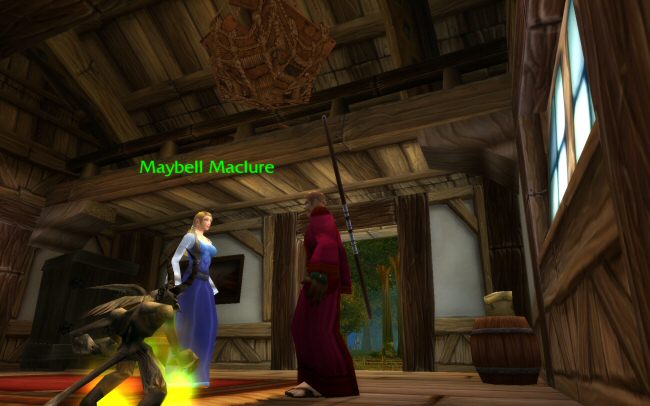 Norman bows and offers the girl his magical adventuring services.

She seems somewhat encouraged. She looks out the door to make sure her words don't find their way to other ears, and then tells her story, "Oh, I'm cursed! My heart belongs to Tommy Joe Stonefield, but our families are feuding. So I can't see him, even though my eyes ache to gaze upon that handsome face!"

I speak up, "Sure. You know, boss. That feud you just got done making worse?"

"Oh," Norman says as he silences me with a kick, "I'm not sure how we can help with that."

"Please, take this letter and give it to Tommy Joe!", she says as she presses a delicately folded slip of paper into Norman's open hand. "He's usually at the river to the west of the Stonefield Farm, which is due west of here."

He closes his hand on the offered note, saying, "Yeah, okay. I guess we can deliver a letter for you." 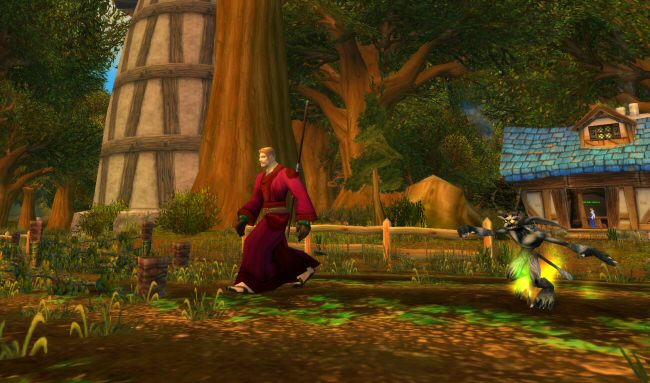 "Open that sucker up and let's see what it says!" I say as soon as we're outside.

"I'm not reading her mail," he huffs.

"Their families are feuding. This could be a trick."

"Think about it. Maybe this is an attempt to provoke a fight? Or set a trap? You'd be taking part. Think of it: A nice honest warlock like you, duped into fueling the violence. Again."

"She is not trying to do any such thing! She's a sweet, innocent girl."

"Remember that one time when you thought the town guards were all noble, honest guys who wanted to protect the people?"

"Yeah! And remember when you realized they were a bunch of f--"

"Fine! I'll read it!" he snaps. He unfolds the paper. There is a whiff of perfume as he does so. He smooths the page out a bit. It is covered in words written in curly script and adorned with tiny hearts. He reads ...

With each passing hour, my heart withers from your absence. Oh, if only our folks could see beyond the silly crimes they have done to each other, and know that the only true crime is hate. Hate consumes, and I fear in these dimming times that hate will take hold of more than just our families.