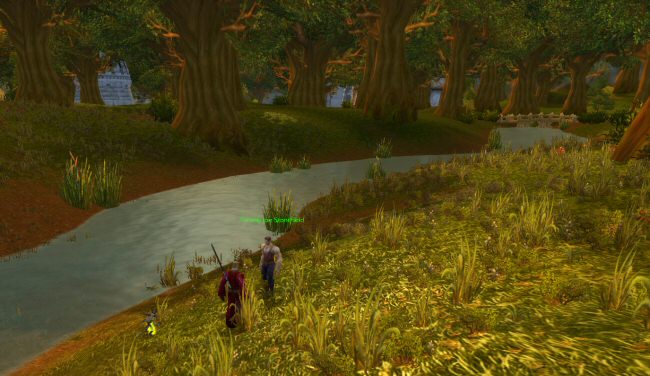 We reach the bank of the river and find Tommy Joe Stonefield standing by the water and scratching his nose like a man who has forgotten his fishing pole.

Tommy spends the better part of a minute moving his lips and scanning over the letter. Finally he looks up. "That does it!" he says as he slams his fist into his open palm. "I won't stand it any longer! I must be with my darling." A change comes over his face. A look of determination. He pulls himself up straight and takes a deep breath, "I'm a grown man. I'm through letting this feud interfere with our relationship. Now is the time for action! I know just what to do!"

Norman gets into the spirit of the thing, "I'll help any way I can. Do you need a weapon?" 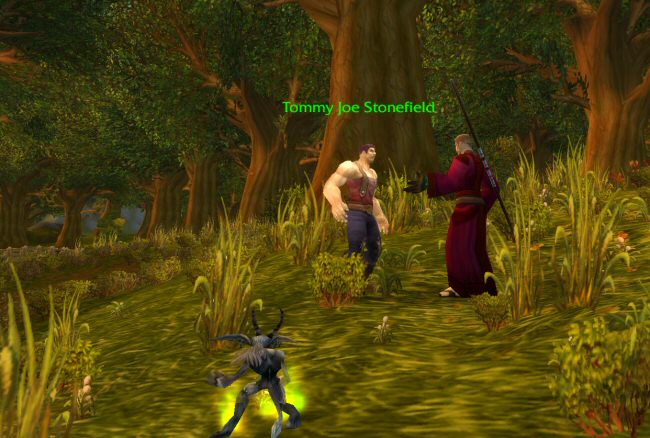 "The first thing to do..." Tommy says as he looks out over the farmlands with narrowed eyes, "...is ask Grammy to fix it."

"My grandmum. I'll ask her to make it all better. She's good at fixing tricky problems."

"Oh," Norman says with disappointment. There is a long pause. Finally he says, "I guess I'll leave you to it then. Good luck."

"Actually," Tommy says, "She's way over there on the other side of the field and I'm kind of enjoying this spot by the river. "Perhaps you can talk to her for me?" 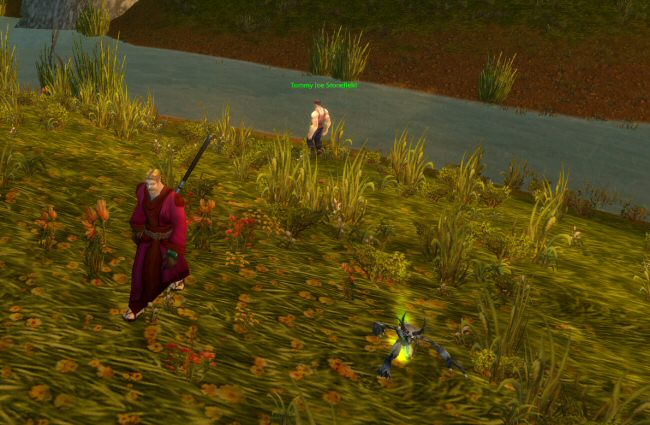 "He's not a shining example of humans," Norman admits as we march all the way back to the other side of the farm.

"He's proof that what I said about the Burning Legion is true. Demons should not lose against people who, as the ultimate expression of passion, would ask their gandmother for help if it wasn't such a bother. You aren't doing your species any favors by helping that guy breed."

Next Week: We're going to help this guy breed. Also... Norman tells us about his Mother!