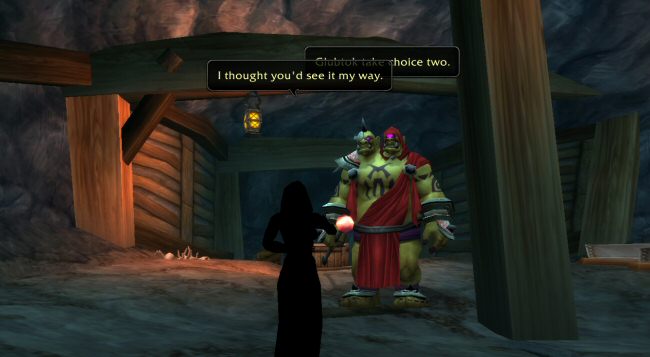 The idiots finish up and leave, and Norman and I climb out of our box.

"I can't believe this. They didn't say anything about the murder we're supposedly investigating," Norman says once the conspirators have left. 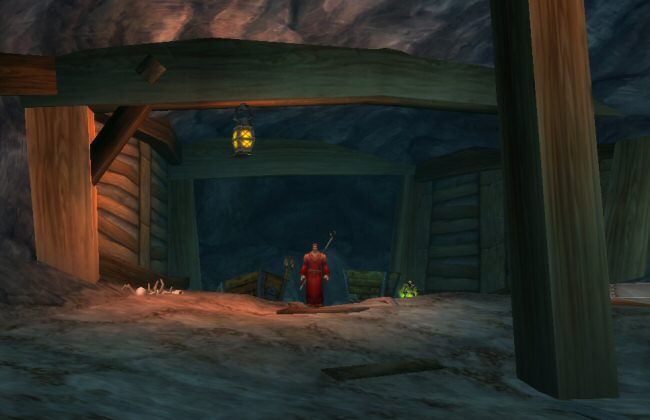 "I can't believe they didn't discuss the carpet of dead kobolds they had to walk on to get in here. You'd think they'd notice something like that."

We head back to Blue Shoe Lou and Norman tries to set the guy straight, "The lead you gave us was a waste of time, and had-" 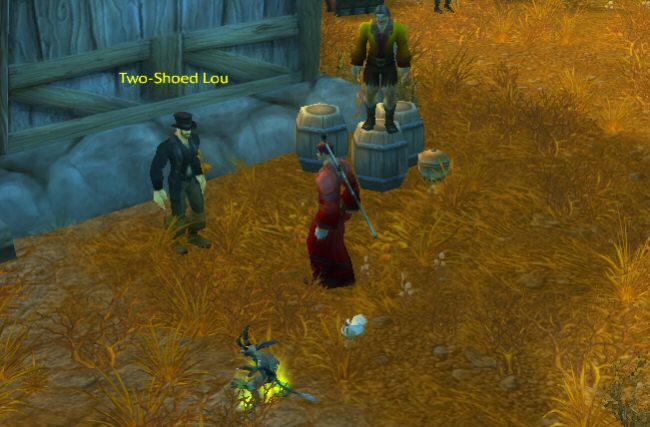 Norman boggles, "What, you're an informant who hates information?"

I tug on this robe, "Don't knock it, boss. You're a warlock who hates evil, working for a detective who hates investigating, and you're trying to find out about the death of farmers who never planted any crops."

Norman sighs, "I know demons supposedly come from some sort of terrifying hell world, but I really can't imagine how it could be much worse than this place."

"We demons have a saying in the demonic realms: 'Hell isn't where we live. It's all the OTHER worlds, that haven't been cleansed of idiots.'"

"It's a shame you couldn't get rid of these idiots," he says to himself. A few seconds later he adds, "I didn't mean that the way it sounded."

Boo Hoo Lou is still standing with his hands over his ears. Norman pokes him, "So what now?" 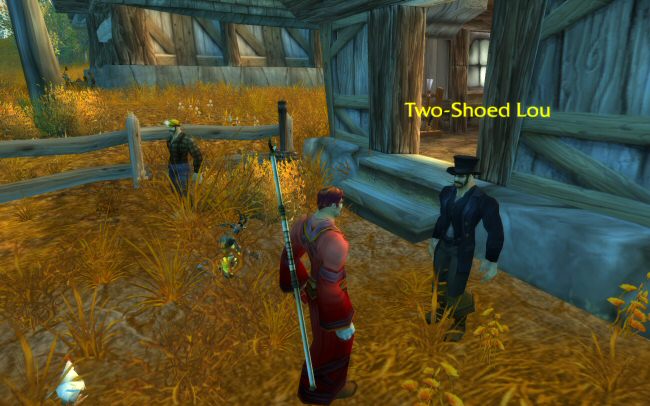 Lou looks around carefully and then whispers, "A couple of thugs recently showed up at the farm, causin' all kinds of trouble. I don't know where they came from or who they're working for, but I KNOW they're bad news. I may have overheard 'em talkin' 'bout subjects that might interest you."

"I suppose you can't just tell me what they said?" Norman says impatiently.

The answer is more squealing and hands-over-the-ears, which we take as a "no". We walk around to the other side of the nearby barn, where we find some guys talking. 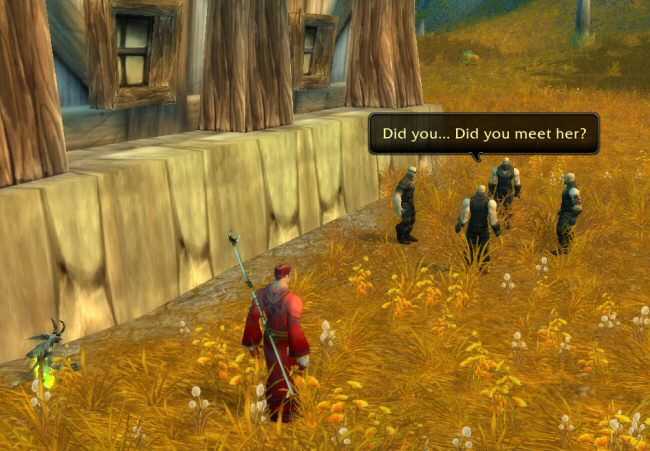