Thug 2 says: She wanted me to tell you lugs that she appreciates the job that we did for her on the Furlbrows. gave me a pile o' gold to split with you all.

"Waaait a second," Norman says out loud. "The shadow lady hired a team of thugs to assassinate a couple of broke, starving losers? That doesn't make any sense. Why bother? What possible reason could they have ... I mean, aren't they busy with a conspiracy? Did Arthas stoop to hiring hobos to kill unemployed people when he was trying to take over?"

In case you're wondering: No, there isn't an explanation for why this shadow organization would murder a couple of farm-less farmers. The whole comical investigation plot gets dropped in a couple more quests and the CSI jokes and the Furlbrows are forgotten. The quest chain turns into a fight against the Defias Brotherhood, who used to be the major bad guys in Westfall before the Cataclysm. To explain more would require a massive lore dump. Let's just move on.

"Idiots! These men are complete idiots, and it's an insult to even face them," Norman shouts. Suddenly the group of men look in our direction ... 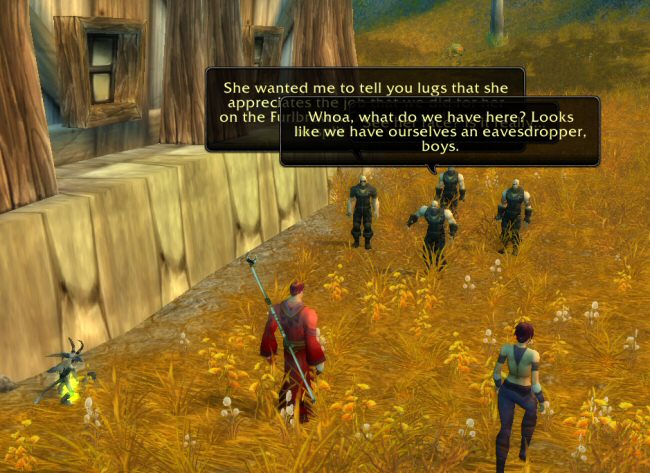 Thug 1 says: Whoa, what do we have here? Looks like we have ourselves an eavesdropper, boys.

Thug 1 says: Only one thing to do with a lousy, good-for-nothin eavesdropper.

"Yeah, that's not a good idea," Norman says. But the hobos swarm around and Norman calls down a rain of fire to incinerate them. 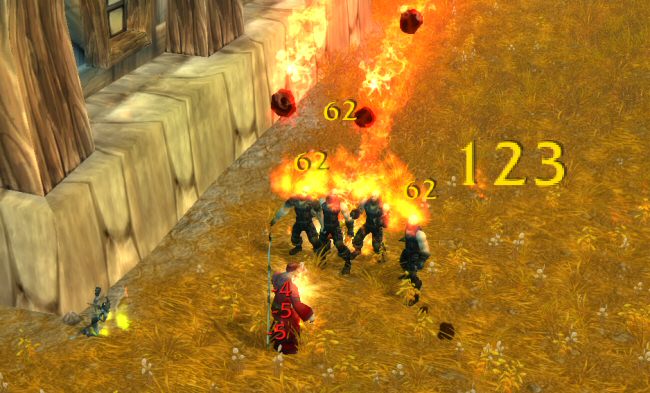 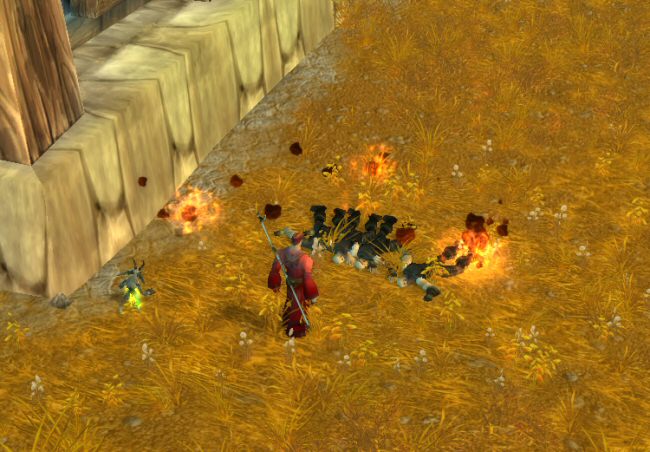 "At least we're solving the homeless problem," I say once the smoke has cleared.

We head back over to Cindy Lou Who, who turns out to be a recent recipient of the gift of murder. Detective Horatio Laine has showed up and launched an investigation comprised entirely of yelling at people and trampling evidence. 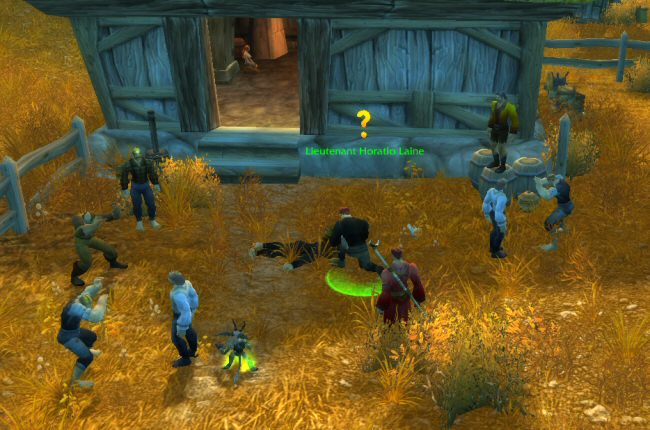 This is Blizzard's new phasing technology. People that haven't completed this quest can come to this same spot and still see Lou alive. That person would not see me standing here, since we're in different phases of the world.
Related to:
shamus youngshamus playsworld of warcraft
0
Tweet