When we get near the detective turns to Norman. "We're dealing with an organization here, rookie. You don't just off the richest bum in Westfall in broad daylight and leave no witnesses. Someone with a lot of power is behind these murders. What have you learned so far?"

"I've learned that setting hobos on fire does not make them smell better, which is probably more than you've learned ... 'detective.'"

"So what do we know so far? We need to follow the clues."

"There are no clues!" Norman snaps. "This isn't an investigation. This is a series of murders, most of which were committed by me."

"Over at the Jansean Stead you found a note and some scraps of cloth. Here at the Furlbrow's you overheard a conversation between some shadowy figure and an ogre mage. You also got a confession from a bunch of thugs - whom you then killed." 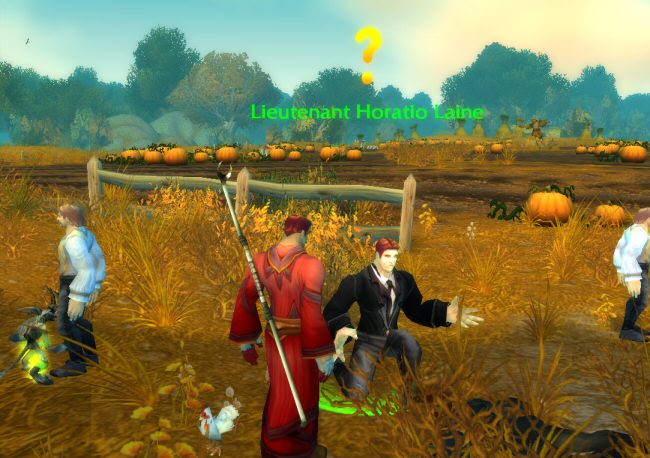 "Yeah," says Norman. "Good times. But look, why would an ogre cover up his crime? He's an ogre. We kill them on sight just for being ogres. There is no reason for them to care what we think."

Horatio scratches his head as he tries to think. The expression on his face suggests that this process is painful for him. "Something isn't adding up, rookie. There's an old couple, southeast of here, at the Saldean's Farm. Head over there and speak with Farmer Saldean. Find out what he knows." 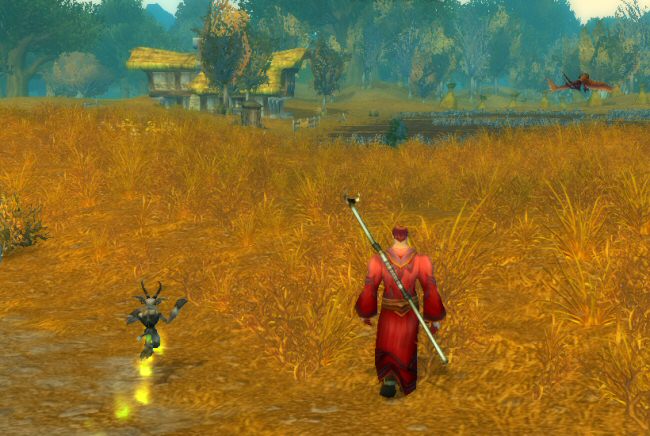 "I hate this," Norman says as we hike to the next farm. "I was a bad mage, then a bad alchemist, then a bad warlock, and now a bad detective. Mother was right. I AM a complete screwup."

"Stop being silly," I tell him. "Think back to the last hobo fight. You took on six guys at once."

Norman shrugs, "Yeah, but that doesn't count. That was easy."

"Do you think it would have been easy for Detective Laine? Or Marshal Dughan? Or Marshal McBride?" 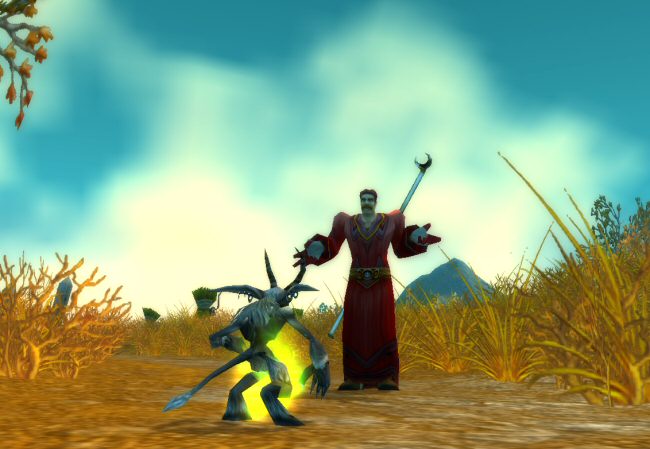 "See, you are good at something, kid."

"What are you suggesting?"

"Just something to think about, is all." 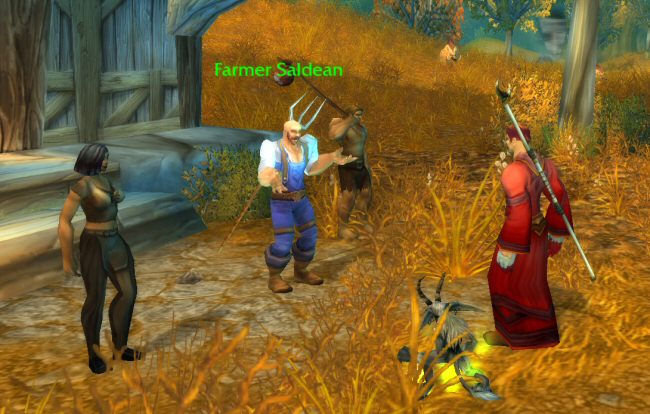 We arrive at the Saldean's Farm and speak with their chief dirt-pusher.

"Horatio Laine? That man is a scumbag. Dirty as my underwear," the guy tells us.

"Thank you for that image," Norman says. "Just thinking about it has soiled my brain. I don't even know how to wash that."

"Gnome. Gobstab here is a gnome."

"A gnome?" the guy asks suspiciously.

"Sure. An underfed, angry, gnome that was burned in a fireball mishap."

"Whatever," he tells us. "The point is ... GET OUT OF WESTFALL. You're already in way over your head. All you're doing now is putting your neck on the chopping block."