Clerk Daltry seems nervous, "You want to know about Stalvan? You're not the first, you know. We get outsiders coming through asking about him every so often. Always outsiders. Everyone who lives here knows better. You're out of luck, anyway. I'm missing half the archives. Feral worgen broke into the town hall not a few nights ago and tore the place to shreds."

"Well, sorry about your archives. Just give me the short version, then. What happened to this guy's brother?"

"The documents you'll want are probably strewn all across Brightwood Grove by now, deep in the woods to the west. Not worth it if you ask me."

"Yeah. Probably not. But you said that 'everyone here knows better,' which suggests that everyone here knows what happened to him. So what's the story? Is he dead? Locked away? Run off and got married to a gnoll? I'm not here to judge. In fact, I don't even give a rat's ass. Just give me something to tell his next-of-kin."

"You don't understand," Norman says in a near whisper. "I'm trying to help your town. All I need is a simple answer from you."

A simple answer is not forthcoming. "Fine!" says Norman, "We'll see about this!" 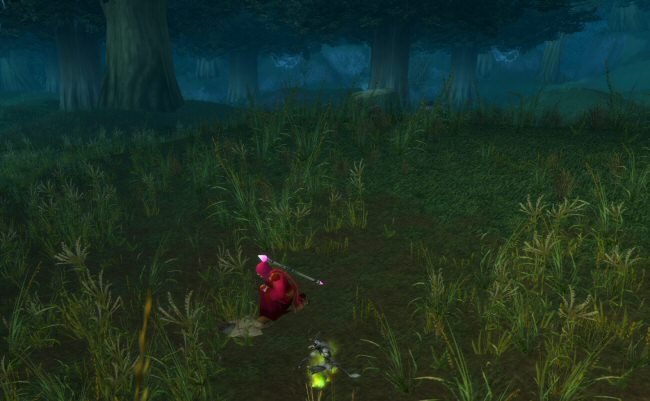 We go out to Brightwood Grove and Norman unleashes a fury on everything that moves. We begin killing worgen dog-men, and we don't stop until we have a roaring bonfire of burning fur. Eventually Norman finds a slashed bundle of letters. He grabs them and drags them back to the Clerk. 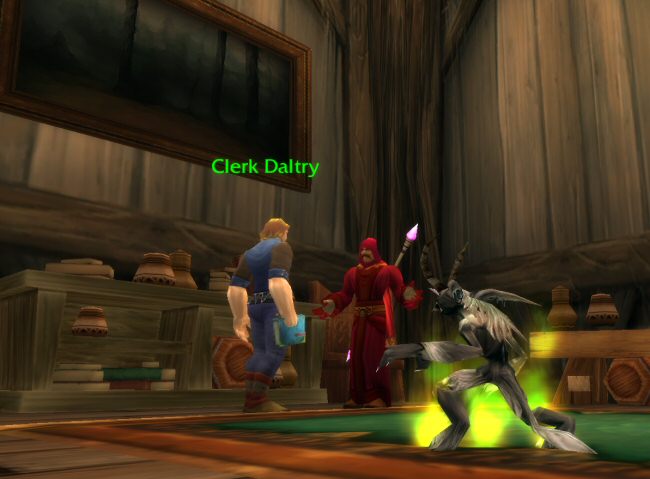 "By the light ... you actually went and got it? I'm shocked," the clerk says. "I suppose I owe you thanks for returning it to the archives."

"No, you don't owe me thanks. You owe me an answer to the simple question I asked you before a dozen worgen gnawed on my new clothes. Where. Is. That. Guy's. Brother. Question. Mark."

"If you're that serious about this, I'll help you," the man says nervously.

Norman looks at him wild-eyed, "You have no idea how serious I am about this. But I'll tell you. I've killed hundreds of creatures in the last few weeks, trying to help the people of Stormwind. But they have thwarted me at every turn. But not this time. I'm going to find this guy, and I don't care how much of a stupid unhelpful asshole you are, I'm going to get the answers I need. When I go home after all this, I want to be able to say that I managed to help at least one person."

"There's only a few places that those horrible Nightbane beasts gather when they're not prowling the forest. One of them's the Rotting Orchard to the south. They use the buildings there as their dens, so if they haven't just eaten the other documents, you might find one there ... but you'll have to search their lairs thoroughly, I wager." 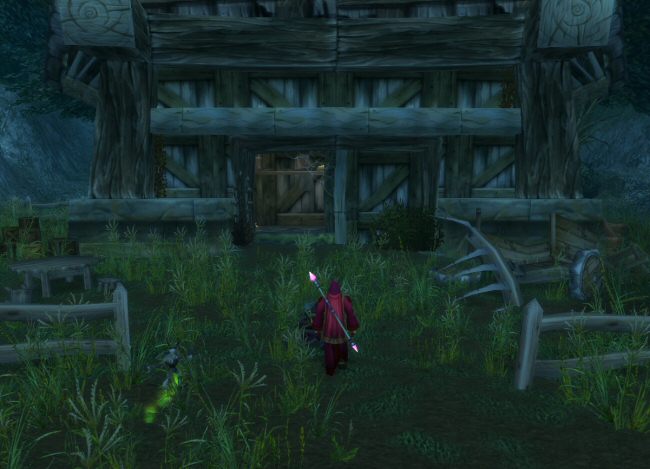 "So ... 'Rotting Orchard'," I say. "Sounds like an odd thing to name your orchard. Did they name it that when it was planted, or did they take the time to re-name it later?" 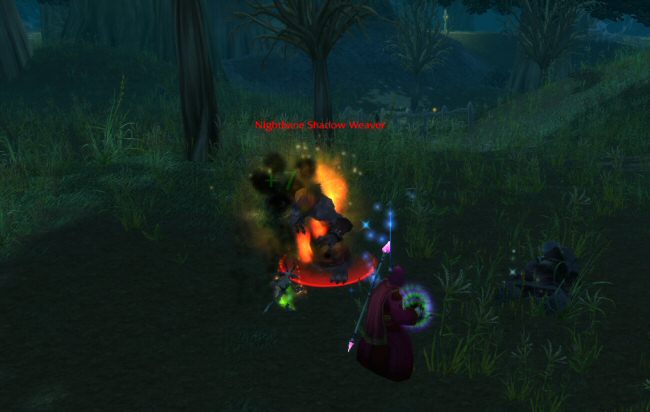