I am only too happy to oblige. We roast a few more man-mutts and Norman finds a torn journal page inside of haystack at the back of a filthy, disused barn. 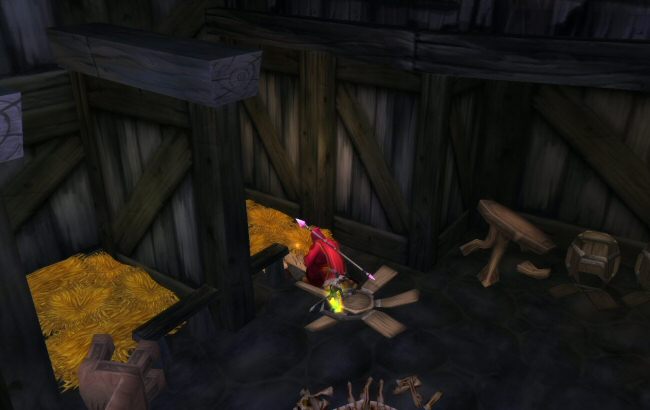 We return the scraps to the Clerk in town, who is overcome with a profound lack of gratitude.

"Yes. I'm sure it's filled with terrible dark secrets or whatever. I don't care. Brother. Location. Now." 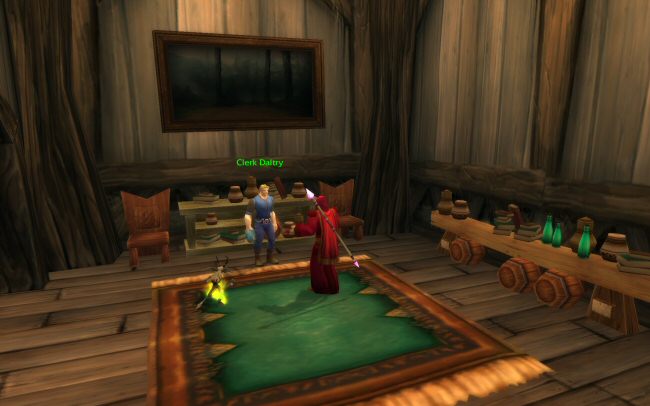 "You should let it go, friend."

"You should just answer the question. Look, make something up. It's not like there's a shortage of ways to die here in Darkshire. I could tell his brother he was killed by worgen. Devoured by spiders. Clawed by wolves. Slain by ghosts. Just pick something."

"The only place left to look is Roland's Doom. That's the mine south of town, and the largest lair of worgen in Duskwood. Nobody in Darkshire has ever made it back from that place alive. In fact, some of the records I have here imply that's where the monsters first came from... who knows what evil's lurking in there?"

"I guess we'll find out," Norman says threateningly. He's breathing hard, and his eye seems to be twitching. He keeps clenching and opening his hands. "I'm going to help someone. One person. That's all I ask. I think I've earned it. I'm going to help him, and you're going to help me, help him. The sooner you answer the question, the sooner I stop bothering you." 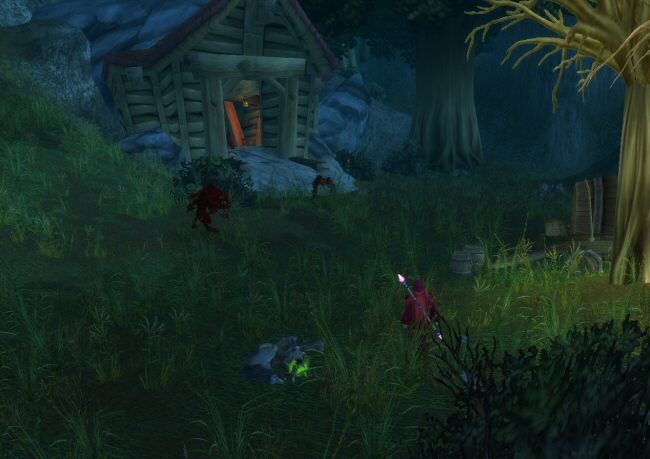 We go to Roland's Doom. We kill a bunch of stuff. Then Norman goes right into the mine and butchers his way to the very end. There, in the last chamber, he finds some muddy journal pages.

"You actually went and got it?!", the clerk says in wonder. "I don't know whether to call you brave or insane. But once again, my archives thank you." 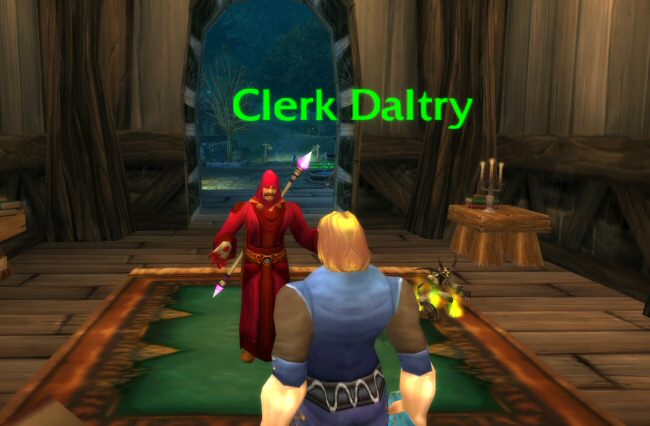 "You have the worst filing system in the world," Norman says as he pulls some worgen fur out of the new tears in his robe.

"You've recovered everything. Everything except the last page..."

"... which I've got right here," the clerk adds quickly. "Don't look at me like that. You'll understand when you read it. Some even say it's cursed, you know. In fact, I was relieved when the worgen broke in and made off with these! Take it. Take all of it, in fact. I thank you for recovering my archives, but I don't want anything to do with this ever again. Please, just leave me be." He hands Norman a book containing the story of Stalvan.

You can read the whole thing here. It's a bit long. The short version is: Stalvan was an old guy. Got a crush on a young woman. Got jilted. Killed some people. Died.

"This?" Norman says, leafing through the book, "THIS bullshit is the big secret you couldn't tell me? An old murder case? You sent me to fight an army of feral wolf-men to get you a bunch of records you didn't need, to avoid telling me something slightly unpleasant? You think Stalvan was bad? I've killed more people than him just today. I killed a dozen or so hobos in Westfall just this afternoon." Norman stops for a moment. He's panting, red-faced, and spitting as he rages on, "How did you think this was going to end? Did you think I'd turn in the last page of your archives, find out you screwed me, and then wander off?"