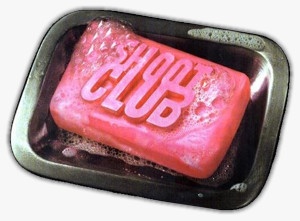 My friend Trevor is explaining it all: "Things are different now. You've been chosen. That's how these things work. The cat might come and go, but he may very well end up living here. That's the way of cats. They come to places and people. They decide to makes those places and people theirs. Cats drive. You ride. You ever wonder why you never see people put cats on leashes?"

"No, you never see people put cats on leashes because it's really the cats who are in charge. Get used to it. Now, if you're going be a gamer who owns a cat, there are some very definite rules.'"

"That's not for you to decide, okay? That's actually part of the first rule. What the cats says, goes. If your keyboard is taking up too much room on the desk and he wants to lie there, the keyboard will have to move. The same with any mouse space. Mouse space is prime real estate for cats, because they think it's empty space, and empty space is for lying in, especially if any form of attention is directed to that empty space. Say an open book or a pile of laundry from the dryer. That's where the cat wants to be. It's their way. That's cat physics."

"Should I be writing this down?"

"Actually, I'll give you a copy of my book. Your Cat and You: The Gamers Guide to Living with a Cat."

"And actually, if I put it in some nice binding, it's just as good as a book. It's easy to do at Kinkos for, like, ten bucks. I made them for Christmas last year. I put a picture of my cat on the front. He's sitting on the couch and I put a 360 controller in front of him so it looks like he's playing a game."

"Hey, that's pretty funny," the new guy says. "That's what I said we should do before, remember?"

The cat knows we're talking about it. It's making a great show of not caring at all.

"Now you should maybe get two chairs for your computer," Trevor continues, "because sometimes the cat will be using that one."

"In which case I'll just move him out of my chair."

"Yeah, no. That's not going to work. Really, it's not your chair anymore. The cat might let you use it some of the time, but the trick is to just stop thinking of it as your chair. Now, another thing to be aware of is that you're going to have to be very careful when it comes to playing games you can't pause. I'm thinking here of MMOs and online shooters. Let me draw you a scenario. Say your guild is doing a Molten Core run and you're a priest, in charge of healing everyone."

"Molten Core run? I don't even play World of Warcraft."