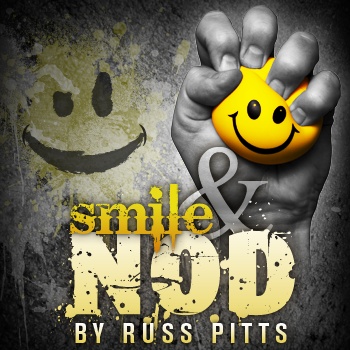 If you were alive and conscious over the past two weeks, it would have been practically impossible for you to ignore the news that Blizzard, the creators of the most popular MMOG in the world, were planning to erect a wall of shame around its player-base, in the form of a new rule stipulating that your characters and forum accounts would be required to be tagged with your real, full name. Luckily for children, famous people and closet trannies everywhere, they decided to pull the plug on that plan at the last moment, but not before the news of the planned change had blown out the wellhead keeping the vast, bubbling pool of gamer hatred in check, creating one of the worst natural internet disasters in the history of Azeroth.

I don't play MMOGs and I already use my real name for (almost) everything I do online, so, for me, this whole episode seemed a bit like a storm in a teacup. Then again, I'm not a Nine-to-Fiver with a vested interest in "fitting in" to a corporate culture that looks down on and despises those who use their lunch hour to craft a horn of forging. Nor am I so ultra-famous that my leisure hours would be at risk of continual interruption should the whereabouts of my level 80 Paladin become known (rest easy, citizens, I don't have one). I'm also not a child, with very real parents who have very real concerns that their very precious baby may become the target of an internet predator.

So I understand that my laissez faire attitude toward my personal identity is a rare and precious gift granted to me by virtue of the fact that I am relatively unimportant to those with an axe to grind, or an itch to scratch. I'm also Editor-in-Chief of a videogame-related website and magazine, so far from being a burden, the association of my identity with the fact that I play games is actually an asset. I work on my gamerscore the way The Rock works on his pecs. I get that, in the RealID debate, this makes me a sideliner. I have nothing to lose, so it's not my fight to fight. My opinion in this matter has the relevance of a tree falling in a forest in Siberia.

I understand the concerns, however. I get it. I understand the position of those who would support RealID, that, by tying people's online actions to their real-world identity, one removes the veil of anonymity that seems to so often encourage random, hateful acts of spite and language better saved for the prison yard. I genuinely believe that the internet, in spite of being a great and wonderful tool for the advancement of knowledge is also one of the most despicable inventions of man.

I believe that it allows those who would generally, because they are friendless assholes, not have ready access to an audience for their twisted hatred to spew their toxic opinions in a global ocean for the consumption of millions. In the same way that the internet has made it possible for enthusiasts of rare, yet fascinating hobbies to form viable and supportive communities, it has also made it possible for ignorant dumbasses with backward attitudes to locate one another, incubate their thoughtless intolerance and interject it into the public discourse with the veracity of a German cockroach.

I believe that the internet allows for the education, refinement and collaboration of man more effectively than any communications instrument ever devised, and I, personally, have benefitted from its existence more than I can possibly measure. Yet I would give it away in a heartbeat if it would relegate the assholes who plague its every crevice back to the tick-ridden, backwoods, flyover, bypassed-by-the advance-of-civilization shitpits from which they emerged, birthed by their daddy's sisters.

Jimquisition: Videogames Are Not Movies, Get Over It Jimothy Sterling 1020 Comments
Comments on