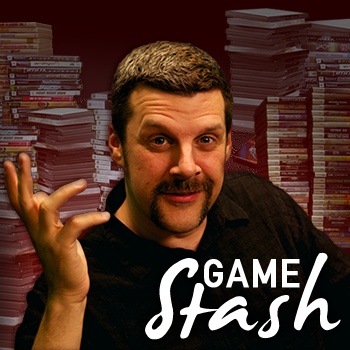 As a follow up to last week's Game Stash, I was going to go into greater detail about the form vs. function disconnect in the roleplaying genre and discuss how we often confuse the mechanics with the context. RPGs, to me, should be about growth and choice and consequences; skill points and alignments and dialogue trees are merely the outward manifestation of roleplaying and not the thing itself. Then it turns out that Shamus Young beat me to the punch in a pair of excellent articles that succinctly expressed many of my own dissatisfactions.

Over the last ten years, the roleplaying genre has been all but overtaken by morality systems that appear, on the surface at least, to give players a chance to explore what real roleplaying should be - playing a role. Shamus rightly called out the narrow definition of morality in most roleplaying games with what he calls 'the cheap formula of "do you want the money and the bad karma or do you want to make some trivial sacrifice as a down payment on your halo?"' But in many cases, there are plenty of opportunities to engage in activities that would earn you scorn and condemnation in the real world, but are perfectly acceptable conveniences in the world of videogame RPGs. I don't want to pick on any one game in particular, because they all suffer from it, but just for the sake of choosing an example most people are familiar with, let's just look at a brief bit from Mass Effect 2.

Early in the game, the player visits a community suffering from a particularly nasty plague. The plague has killed off most of the people and the few who are still alive are paranoid and disorganized. This makes for a particularly compelling chapter in the game where the player confronts the darker parts of human (and alien) nature, which give rise to ambiguous suspicions and predatory self-interest. While the player is encouraged to face the suspicions as they relate to the source of outbreak, there's no compelling reward, either in terms of story or gameplay, to drive the player away from joining in the looting. In fact, the game does just the opposite.

As the player descends further into the level, he or she finds lots of abandoned homes and businesses and it's only natural for a little poking around to turn up a few credits. I don't think any player can be faulted for checking wall safes and rummaging through the pockets of the deceased; most games call so much attention to these elements that it almost seems like a foregone conclusion that you're meant to take them. They're just lying around, after all, and we can rightly assume that we'll need whatever bits of cash or gear we can get our hands on to confront the tougher challenges to come.

I usually turn a blind eye to this kind of thing but Mass Effect 2 doesn't do a good enough job hiding the moral contradiction here. In fact, the game makes it explicit. It becomes openly laughable during this plague sequence when Shepard and his companions enter an apartment to find two looters standing over a dead body. "Stealing from the dead?" Shepard asks. "I don't like looters."