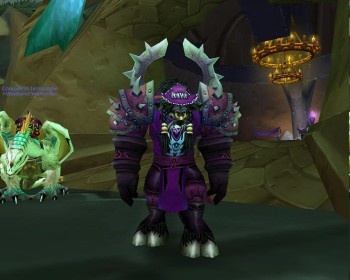 Yes, there are mainstream successes exclusive to the PC -Half-Life (and Counter-Strike), Battlefield 1942, Starcraft, World of Warcraft and, the king of them all, The Sims all come to mind. I would argue that those titles (and others like them) succeeded on the PC not solely because they were good games, but also because they were built specifically to take advantages of the PC platform's strengths -- open formats for sharing content and information, and ready and reliable network access. Even the previous generation's mainstream success, Myst, reveals an approach to content that embraces the types of narrative immersion that were at that time only possible on the PC. If you'd ported Streets of Rage II or Secret of Mana to the PC, they'd have felt out of place.

Again, this isn't to say that Myst is a better game than Secret of Mana. (In my opinion, it's not.) It's just that Myst is a game that fully embraces the peculiar needs and assets of the platform and market it was designed for. We don't see that much on the PC anymore, and the gaming industry in general is weaker for it. Now we see a single project that is designed primarily for the current generation of the consoles and then ported to the PC with the assumption that what works for one market works for another. Is it possible in this environment for us to expect genre-busting titles like Ultima Online or Grand Theft Auto or Thief?

There's not even room for the third-party contributions like VOIP, client-servers, mods, or content-sharing networks that have made so much of an impact on our industry. Instead, we're treated to publisher-run servers for our shooters, an endless succession of $5 content packs for our RPGs, and the death grip of persistent online profiles that, in Ubisoft's case at least, are required for games that don't even have a multiplayer component. Pardon me for saying it, but if the console market has anything worthwhile to offer the PC market, this sure isn't it.

To be fair, there's a considerable downside to the PC as a gaming environment and it's based almost entirely on the same qualities that make the PC so vital. The open development environment means that the PC catalog is so full of mediocre titles that it's sometimes impossible to separate the good from the bad. With no overarching structure, we occasionally run into problems where the good (or at least interesting) titles wind up competing with each other for shelf space and sales on the same day. The open hardware environment means driver and compatibility issues, which can be very frustrating at the end of a long day when you just want to sit down and unwind with your favorite game.

For some of us, that's a small price that we're willing to pay in order to play games that aren't necessarily intended to be enjoyed by everyone. Some of my most favorite games are the most marginal in terms of appeal. But that's what makes them special to me. It's risky, particularly with the current costs of development, to build a business plan around the smaller audiences that tend to be associated with certain PC gaming genres, but if we only ever make games based on their potential to appeal to everyone, eventually we're all going to be playing exactly the same game.

Steve Butts is a dying genre.