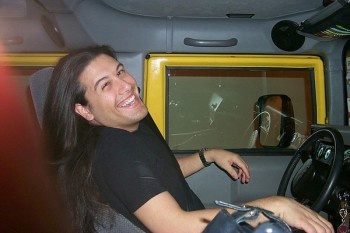 And while the deal-with-the-devil perfection of Doom led me to swear that I would never under any circumstances criticize anything done by id no matter how awful or evil it was (an oath I came to regret following the release of Doom 3), five years later, I was on my own again. Quake, while surpassing Doom technologically in virtually every way, never quite met up to it in terms of sheer gameplay, and John Romero's departure from id signaled a shift in the company's makeup and stability that would leave it irreparably lessened.

And then came BioWare.

In the mid-'90s, the RPG genre was dead. Developers weren't interested, and gamers didn't care. But despite that hostile climate, BioWare produced and released their ground-breaking Baldur's Gate, an isometric fantasy RPG based on the Forgotten Realms setting of Dungeons & Dragons. To call it a phenomenon would be an understatement; single-handedly, the studio brought fantasy roleplaying games back to prominence and demonstrated that a very real D&D experience could be had through a single-player computer game. Its sequel, Baldur's Gate 2: Shadows of Amn, both expanded upon and refined the concepts of the original, resulting in what is possibly the ultimate Dungeons & Dragons videogame ever created and taking Baldur's Gate from an immensely enjoyable game to a uniquely epic franchise.

Neverwinter Nights, in contrast, was a fairly flat, pedestrian experience (although it did make for the finest Collector's Edition videogame ever released), somewhat counterbalanced by the enthusiasm with which BioWare and the community supported the game. But there was an undeniable change of focus away from the single-player experience as the company strove to create a more "realistic" D&D environment with a toolset that could be used to create multiplayer games online. More recently, BioWare's move into MMOG and console-focused development has tarnished their crown in my eyes. Like id, nothing can undo the greatness they've accomplished, but we've left each other behind. I need a new hero.

It goes without saying that the mystique and wonder of the early days are irretrievably lost to me. Everything has changed. Both the industry and I have grown older and more cynical, and like an old married couple, we don't seem to have as much interest in impressing each other as we used to. But maybe, at this point, actually knocking my socks off with unmitigated genius has become less important than an honest attempt at doing so. Heroism comes from the effort, not the result.

And I want my hero. GSC Game World shows some promise. Arkane Studios has an outside shot, assuming their continuing failure to make commercially successful games doesn't result in their unfortunate demise. Or maybe it will be someone else entirely, an unheralded studio who steps up and shows the world that game design is not stagnant and that risk is meant to be embraced. Like the primary elections in the U.S., it's impossible to say what will happen next, but the years are rolling by and I'm craving to dedicate my gamer's heart to someone. My hero worship is out there, free and easy for any developer with the stones to take it. Who wants to step up?