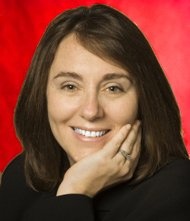 Activision's Robin Kaminsky spoke to attendees of the 2008 DICE Summit about the increasingly competitive videogame marketplace.

Speaking at the 2008 DICE (Design, Innovate, Communicate, Entertain) Summit, Activision Vice President of Publishing Robin Kaminsky made an interesting point: It is no longer adequate to simply make a great game and expect to reap the rewards of your efforts, because great games, in and of themselves, are no longer a guarantee of success.

In order for a game to be a financial success, there has to be more; specifically, there has to be a tremendous behind-the-scenes marketing effort in order to drive the desire to actually buy the game. Activision relies on wide-ranging market analysis, user research and "customer relationship management" to promote their major releases long before they hit the shelves. "At one time, Activision thought it was sufficient just to make great games," Kaminsky said. "But a great game doesn't guarantee sales success."

Kaminsky noted that 18 titles released last year managed to accrue Metacritic scores of over 90, that magical number that elevates a select few titles into the realm of the truly outstanding. But of those games, only two sold more than seven million units; 12 titles moved less than two million, and seven couldn't even reach one million units sold. And while breaking the magic million might sound like a notable achievement, such numbers, in Kaminsky's eyes, are apparently far from a resounding success.

It's a disturbing conclusion. Certainly, in today's crowded and competitive market, branding and advertising are an important part of making any top-ranked title stand out. But when the marketing process stops being subservient to the product, it's bad news for consumers. Companies become excessively risk-averse, slavishly dependent upon focus groups and exit polls to determine their next step and next product. In such an environment, creativity is stifled and innovation withers.

Given her position as an Activision vice president, it may not be too difficult to understand her perspective. Development costs for AAA titles have grown exponentially, and obviously the profit threshold has risen accordingly. Multi-million dollar bets on the success of a single game have become relatively commonplace, so it's difficult to begrudge major publishers like Activision doing everything they can to crank up consumer interest. Few publishers can afford to absorb many major flops, or even lower-than-anticipated sales, before the red ink starts to bleed.

But I suspect Kaminsky's argument may be skirting around a more salient point: The real problem here may not that great games need more support, but rather that greatness in videogames has become frustratingly elusive. In 2007, Activision's catalog of games consisted entirely of sequels, spin-offs or licensed properties. The company's biggest winner, which also just happened to be the most successful game of the year and one of the two to break seven million in sales, was Call of Duty 4: Modern Warfare, the latest entry in a franchise first established over four years ago; next in line was Guitar Hero III: Legends of Rock, the fourth Guitar Hero title to be released in two years.

Call of Duty 4 is unquestionably one of the finest FPS titles to be released in a very long time, well deserving of its success. But the rest of Activision's stable, made up primarily of movie games, appears aimed squarely at safe targets. With pre-established source material, these games can be developed with both minimal resources and risk, and while none of them will ever be expected to break sales records, the carry-over popularity of the original properties will almost inevitably turn them into at least modest moneymakers.