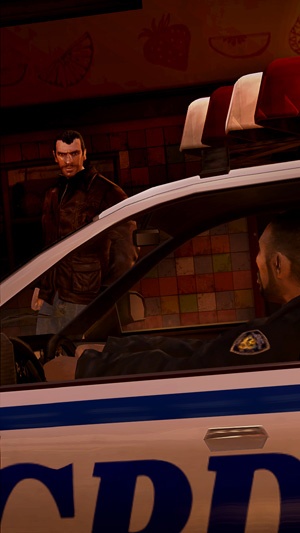 I received an interesting piece of email last week.

In late April, I posted a news article about comments made by the police in Calgary, Alberta, Canada, regarding the upcoming release of Grand Theft Auto IV. A member of the force had told the Calgary Sun, a tabloid newspaper, that videogames like GTA IV were a "grave concern" because of their potential use as virtual trainers for budding criminals. It was a minor story - knee-jerk comments from an ill-informed police officer, trumpeted by a trashy newspaper - and after the requisite brief outburst of gamer rage, it faded and was forgotten.

Until last week. On Monday, I was contacted by a producer at the Canadian Broadcasting Corporation in Calgary who, for some reason, had stumbled across my news post. "Yesterday in Calgary, a young guy tried to carjack seven cars in a row," she wrote. "Any thoughts on the influence of the game on real life and/or criminals?"

Holy crap, ma, I'm famous! The elation of my new-found fame turned quickly to gnawing doubt as I realized that before I could start planning my guest appearances on Wolf Blitzer - an opportunity that was surely just around the corner - I'd actually have to come up with some kind of useful response. The opportunity to look stupid on the national stage was suddenly a great weight upon my shoulders, to say nothing of the baleful e-glare of Russ and company, who would no doubt respond to any misstatements on my part with punishment. Much punishment.

Some research was in order. I began by digging up a few references to studies that refuted the notion of violent videogames leading inexorably to violent behavior in meatspace. I also armed myself with a smattering of information from the ESRB regarding its rating system, and FTC studies that showed age-rating enforcement of videogame sales far outstripping those of movies, music and other forms of entertainment. I made a mental note to point out that even the most hardcore supporters of the medium don't think Grand Theft Auto IV should be played by children. Almost as an afterthought, I bopped over to the CBC website to find out about this Calgary carjacker.

There was no doubt the real-life crime had virtual echoes. The ten-hour crime spree featured two robberies, nine carjacking attempts (three were unsuccessful), a handful of assaults and numerous reports of people having guns pointed at them. Police efforts to stop the one-man crime wave stepped up as the day wore on, culminating in a two-hour pursuit through the city that eventually led to the suspect's reportedly heavy-handed arrest.

The whole thing certainly sounded very GTA, from the nature of the crimes to the escalating police attention, but one aspect of the aftermath was particularly troublesome: Nobody involved with the case - not the offender, not the police, not even the lawyers - made any mention of Grand Theft Auto whatsoever. Or any videogame angle, for that matter. So why was the CBC asking me what I thought about it?