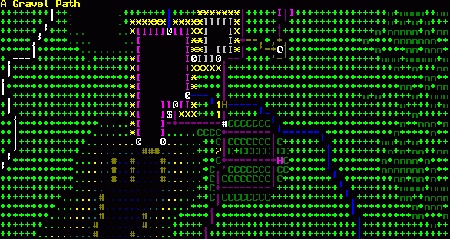 My fingers trembled slightly as they hovered over the controls of a 30-ton mech, the last survivor of a four-unit lance charged with the defense of the city. The only sound was the intermittent voice of my remote operator, counseling patience while he scanned for signs of enemy movement. I had destroyed one of the two remaining invaders some minutes earlier, the result of far more luck than skill, but I was battered by the effort.

"Contact." My operator, Alain, was calm and clipped. "Stand by." My own readout showed nothing, but Alain was reliable and, I had to admit, better at this than I was. The seconds dragged as I waited. Then, suddenly and urgently, he spoke again. "Vector 300. Jump. Now! Now!" I hammered the jumpjet controls, launching almost vertically, up and over the tower that had shielded me from my opponent. Immediately, a flash appeared on my screen: The last enemy mech, at short range and unmoving. I panicked and launched an alpha strike while still in the air, a rookie mistake. You can't hit anything in mid-jump.

My heat gauges went crazy, flashing red and screaming threats of automatic shutdown. I punched the override, but my jets cut out and I came down hard, damaging leg actuators. I couldn't run from this fight now, even if I wanted to. I was desperately trying to pivot for another shot while I counted down the hard seconds until my weapons came back online when I noticed the smoldering hole where his torso used to be. Luck had dealt me one more high card - I had connected with everything, a critical hit that felled the enemy in a single, devastating blow. Alain was yelling something in my ear, and the voices of my previously-dead companions joined in, congratulating me. My hands were shaking even more, but I was elated. The hour was mine.

All these years later, that encounter remains one of the most vivid gaming experiences of my life. Few games before or since have been able to arouse such intense emotions and strangling pressure, not to mention the feeling of pure, unadulterated triumph at the moment of victory. What makes it all the more amazing is that the entire episode took place on a static screen of text: No flashy graphics, no pounding music, no voice chat, just white letters on a black screen, courtesy of the Battletech 3056 MUSE.

The original MUD (Multi-User Dungeon) was created in the late 70s, inspired by the success of Colossal Cave and its offshoots. Given the limitations of the technology of the era, the game was a considerable success, eventually growing so popular that its operation was restricted to nighttime hours because of the impact it had on the Essex University computer system, where it ran. In the mid-80s, renamed to British Legends, it ended up on CompuServe, where despite an apparent lack of interest and support on the part of company management, it had an astounding run that didn't come to an end until December 1999.

Fairly quickly, MUD grew from a game to a genre, spawning a great number of imitators, not to mention MUSHes, MUSEs, MUCKs and various other Multi-User Acronyms along the way. Some of the new additions to the MU* family were dedicated to increased complexity in gameplay, while others focused on the social aspect of gaming, emphasizing role-playing and character interaction over conventional "treasure-and-experience" questing. Primitive, ASCII-based graphics appeared in some of the more advanced games, and a few were even able to incorporate sound.

But the heart of MUDs remained essentially unchanged over the years: Text-based worlds in which groups of gamers could share experiences and build communities, and in some cases, even have a direct impact on the direction of play as they became more experienced and involved, by adding rooms and entire new areas for others to explore. And while the evolution of the MUD has come to a virtual standstill compared to the emergence and growth of MMOGs and mainstream gaming, the genre endures. Hundreds of MUDs of all sizes and types continue to operate, many of them having been in existence for well over a decade, and what they lack in sheer numbers they make up for through the dedication of their players and supporters.