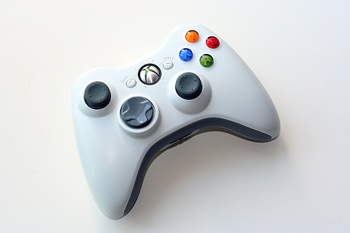 Nonetheless, mainstream news reports continue to slap us in the face with headline-grabbing bullshit like, "Only three percent of U.S. kids don't play," or "Almost one in 10 is pathologically addicted," screaming out at us in 40-point all-caps bold-face text. The fact that experts in related fields have argued that videogame addiction doesn't necessarily exist at all, and that even the committee that originally recommended it be adopted as a diagnosis by the American Psychiatric Association ultimately changed its stance to say the matter needs more study, goes completely unmentioned.

It's not entirely out of balance, of course; Maclean's is a respectable magazine, after all. Entertainment Consumer Association President Hal Halpin gets a line or two, pointing out that the issue of game addiction is really one of "media addiction" that's been "politicized down to games, to the exclusion of all other media, including movies, music and television." The existence of studies that suggest games can have positive benefits is also touched on, although not without the proviso that at least one of those studies was commissioned by a gaming site - the obvious inference being that such reports are about as reliable as those commissioned by the tobacco industry that found no links between cigarettes and cancer.

A quick mention of the ESRB rating system is also accompanied by a backhand about the industry's efforts to ensure those ratings remain "suggestions, not law," pointing out that the ESA has launched successful legal challenges in nine states against attempts to legislate the sale of "Mature" and "Adult Only" rated games to kids. There's a very strong hint that the industry group is somehow behaving inappropriately, twisting the First Amendment to its own nefarious ends like some kind of lawful evil Larry Flynt, minus the pornographic charm.

Brandon Crisp's disappearance highlights one of the biggest problems facing the gaming industry today: Not that videogames are or aren't the greatest scourge faced by civilization since Elvis, but that they're consistently presented as such, to one degree or another, by the mainstream media. Most, like this article, are simply sensational and a bit biased, but a few - think Fox News here - aren't above telling outright lies as part of their pandering.

Brandon's absence is no doubt inflicting a hellish torture on his parents, and we continue to hope that he'll be found soon and returned home safely. But I also hope that when the matter reaches its conclusion, regardless of what that conclusion may be, the full truth of the circumstances of his disappearance is detailed to the public with the same enthusiasm the idle speculation has thus far been given. Sadly, I think it's far more likely that no matter how it works out, the scapegoating will continue.

Andy Chalk has never owned an Xbox 360 and never run away from home. Probably just a coincidence.

On the Ball: To Infinity Ward and Beyond Jordan Deam 36 Comments