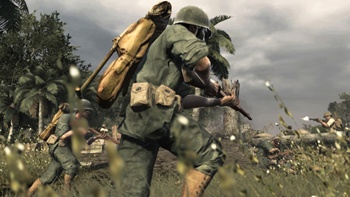 Brandon Crisp, the Ontario teenager who ran away from home following an argument with his parents, is still missing. Here's what we know about the case:

2. Brandon got into an argument with his parents over the amount of time he spent playing those games, specifically Call of Duty 4, which culminated in their decision to take away his Xbox 360.

3. Brandon threatened to run away from home if they didn't give the system back to him, and his parents, as many parents do, called his bluff and pointed him to the door. Turns out he wasn't bluffing. There's obviously more to the story, but as far as his disappearance goes, that's it, that's all we know: A teenager got into a beef with his parents, ran away from home and hasn't been seen since.

Brandon liked videogames. In that, he was, to use the technical psychological term, "normal." Playing videogames in this day and age is no more remarkable than watching television or listening to music. Did he overindulge? Maybe, although we have only his parents' word to that effect, and if he did, it would hardly be beyond the pale for teenage behavior anyway. Yet even though the only videogame connection to the case is the fact that he played them, it's virtually impossible to see or read anything about his disappearance without the gaming angle being thrust in your face like the armored crotch of a victorious deathmatch opponent.

The most recent example of the "games made him do it" coverage appeared in this week's edition of Maclean's magazine. Maclean's, for those not of the Canadian persuasion, is the country's oldest and most popular newsmagazine, founded in 1905 and highly respected for its incisive and insightful commentary and analysis of national and international affairs. It's sort of like our version of Time except that it doesn't suck. And in this week's issue, four stories were featured on the cover: One about food safety, another about the Prime Minster, a third about the National Ballet and finally - you knew this one coming - a story about the missing boy entitled, "Did An Xbox Addiction Lead To Tragedy?"

What the hell? Seriously, where is this coming from? The boy's father has proclaimed his belief for some time now that Brandon's gaming habits had something to do with his disappearance, although actual evidence to that effect - beyond the fact that he ran away from home after a fight over the Xbox - is scant. If I'd run away from home when I was his age, would national headlines ask, "Did Having The Music Too Goddamned Loud Lead To Tragedy?" I'm not seeing it as too likely, so why is this line of questioning about games - simply the latest addition to an ages-old list of things for fathers to yell at their kids about - proving so popular?

And who am I kidding? We all know exactly why.

I don't know how much Call of Duty actually influenced his decision to run away. Neither does anyone else. Not his parents, despite their belief that his "addiction" is somehow responsible for his disappearance, nor the experts quoted in the article, such as David Walsh of the National Institute on Media and the Family. What I do know is that it's very unlikely gamer rage could drive anyone, even a wound-up 15-year-old with more balls than brains, to spend more than a night or two outside in the sparsely populated Oro-Medonte area north of Barrie, particularly at this time of year.

On the Ball: To Infinity Ward and Beyond Jordan Deam 36 Comments