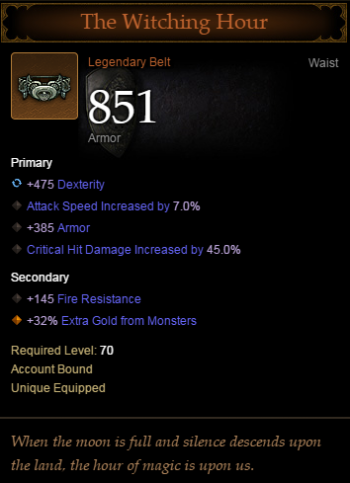 When a legendary item drops from a monster or chest, it can literally be any item in the game - and there are hundreds of items! But if you are gambling for an item at Kadala, you are specifying what item slot you would like, and this reduces the pool of possible items tremendously. Unless full-clearing results in 10 times more legendaries per hour than closing after the Rift Guardian - which it doesn't - it should be clear which tactic is the optimal one for those who are hunting for specific items. (If your objective is gaining XP or Forgotten Souls, that's another matter entirely).

(A note for any high-level players who will argue that Greater Rifts are superior to rifts for getting legendaries: even if you can speed through GRifts, you have to factor in the downtime spent running the Greater Rift trial. Further, if you're running speed ~35 GRifts or efficiently pushing 40+ GRifts, you likely have decent versions of all the gear pieces you need, and so targeted legendary farming isn't your priority. Speed ~35 GRifts result in the most efficient XP currently, and that's where the high-level play is focused in the current meta.)

Now, we've just spent a lot of words saying that you should close after Rift Guardian kills and gamble in order to optimize your chances of getting the items you want as quickly as possible. We've got a couple more tips for you, though.

First, if you are gearing a new character, but have a character that is capable of speed-clearing Torment 6, then use your T6-capable character to acquire the blood shards that you will then gamble on your new character. You'll gear up your new character much quicker this way than if you slog through the lower Torment difficulties and pray.

Second, here's a trick that many players often don't think about. Let's say you have a Demon Hunter that wants a Cindercoat. When you gamble your blood shards on chest-slot items, the Cindercoat is one of the possible items you can obtain, but flooding the pool of legendaries you can possibly get are all the legendary and set cloaks - items specific to Demon Hunters. This means that any other class has greater odds at getting a Cindercoat through gambling than Demon Hunters, because they don't have cloaks - fewer potential outcomes means each outcome has a higher chance of occurring. So to increase your odds of getting a Cindercoat for your Demon Hunter, simply gamble on a Monk instead. Since the Monk is another Dexterity-based class, the Cindercoat is likely to roll with Dexterity, making it useful for your Demon Hunter. Voila!

Likewise, if you're a Barbarian and want a Witching Hour belt, the pool is diluted by all the legendary Mighty Belts that only Barbarians can get. If you gamble on the other strength class, the Crusader, you'll have greater odds of getting a Witching Hour. Any time there is an item you want that isn't specific to your class, and in that item slot are items that are specific to your class, think about whether the other same-ability class has any class-specific items in that slot. If the answer is "no," then gambling on the other class will increase your odds of getting what you want.