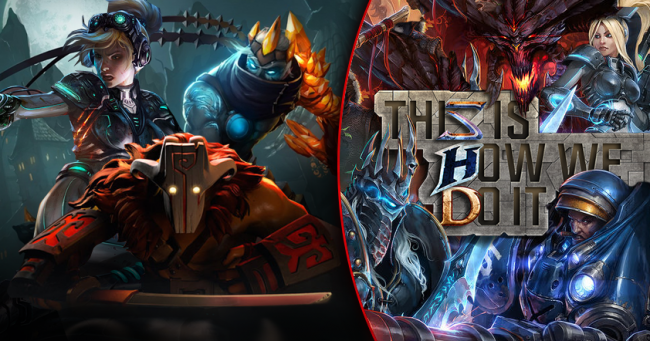 5. You Start with Basic Abilities

Rather than accumulate your abilities over the course of the game, you start off at level 1 with three or more skills that you activate manually. As you level, you pick talents that will shape and alter those skills in various ways to specialize you towards different purposes. At level 10, you pick one of two ultimate abilities, and certain talents choices can grant additional skills.

Players have free access to a mount and an ability that lets them teleport back to base. By hitting Z on your keyboard and waiting through a brief channel time, you hop onto your mount, which allows you to more quickly get from location to location. If you are struck while mounted, you will be dismounted, and once you've dismounted, you cannot mount again for three seconds.

The teleport home power has no cooldown, but it does require a few seconds of channeling, during which you are extremely vulnerable to interrupts. Having access to these two powers means a lot less time is spent slogging your way across the map when you want to either retreat, re-position, or get back into the fight.

Heroes is a relatively fast-paced game. A typical match is over in about 20 minutes, and because you start with several powers that you can use as of level 1, the game feels faster, like you're hitting the ground running, because you don't have to spend several levels just getting to a point where you can start to attack enemies. Ganks can happen in Heroes as of the early game. 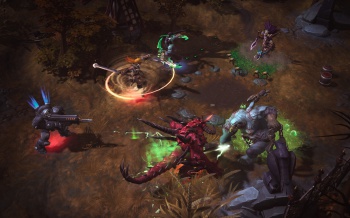 A stronger focus is put on teamwork and communication than in other Mobas. Because players level up as a team, and because map objectives are so important, the performance of the team as a whole is more important than that of individual players. In Heroes, you won't see one player soar ahead in levels and carry his teammates. The MVPs will be those players who are best able to work with the team, execute on their role, and effectively communicate and rally the team when it's important to make strategic decisions about what the team should be doing.

Heroes is an easier game to pick up than most Mobas. A huge part of this is the loss of gold as a resource. Because there are no items to buy, there is no in-game currency to gain, and thus there is no resource to be managed.

This makes it easier for a new player to approach the game and wrap their head around everything that needs to be done, and while some people may call that dumbing the game down, game director Dustin Browder explained that it's about finding complexity in unexpected places. So while yes, losing itemization does eliminate a lot of complexity from the game, the talent system, for instance, is a place where you'll end up finding more complexity than there initially seems to be.

While you could just stick with a single build that you use every game, the highest-level players will pay attention to every talent that every one of their teammates and enemies selects and shape and evolve their build throughout the game to minimize their weaknesses, maximize their strengths, and counter the enemy team.