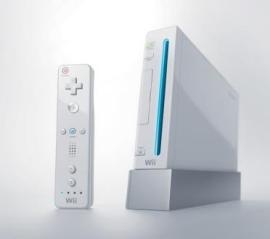 I bought a Wii on release day, seduced by its reasonable price, magical controllers and family-friendliness. General tech lust and the promise of a new Zelda title didn't hurt, either. Now it sits atop my entertainment center, blanketed in a layer of dust. Cold, unplayed and unloved. I haven't switched it on in weeks.

It took nearly a year and a half, but buyer's remorse has finally kicked in.

I'll be honest: I've no right to be surprised by my own disillusionment with the Wii. Nintendo's little wonder was never really for me, and deep down I've known that all along. I'm an avid multiplayer gamer, but I play almost exclusively online. I rarely have a living room full of friends. I'm a sucker for impressive graphics. And Nintendo's persistent fan service does little for me. In other words, it wasn't my cup of Kool-Aid to begin with. But I drank it nonetheless, inspired by Iwata's heartfelt idealism and Miyamoto's uncomplicated charm.

Like many gamers, I bought the Wii as an auxiliary console, believing it would fill any gaps left by my PC and Xbox 360 gaming experiences. I thought I'd eagerly delve into its growing library of vintage Virtual Console titles. I hoped it would allow me to play more games with my wife and daughter. I put stock in Nintendo's claims that the company would genuinely enter the online gaming space. And I figured that even among the inevitable shovelware and licensed dreck I'd find games that would use the Wii's motion controls in brilliant, mind-blowing ways.

I'm finally ready to admit that I've been disappointed at nearly every turn.

Top-tier Wii exclusives have been few and far between, and I can't think of a single multiplatform title I would have rather played on the Wii since its release. In terms of inexpensive downloadable games, so far the Virtual Console's old-school emulations aren't nearly as interesting as the selections on GameTap, PlayStation Network or Xbox Live. Why download Super Mario Bros. when I could be playing Rez HD? And while we're on the subject of online services, Nintendo's dogged insistence on friend code systems and other unfriendly conventions has completely erased any interest I might have had in the system's meager online multiplayer experiences.

My wife and daughter haven't embraced the Wii either, much to my surprise. We're continually renting family-oriented Wii titles like Carnival Games, Endless Ocean, and Cooking Mama, only to send them back almost immediately. Oddly enough, our Nintendo DS units see almost constant use, even though they're running the same types of games we rent for the Wii. DS cartridges seem to multiply endlessly, yet our Wii library consists of a mere five games.

I think the Wii's lack of popularity among the non-Me members of my household may actually have something to do with the console's most unique feature: its controllers. When you get right down to it, they're not so familiar. In fact, they're kind of alien and off-putting. Gamepads, keyboards, mice and touch screens all offer familiar tactile feedback, in contrast to the Wii's floaty, disembodied pointing. Once the novelty wears off, it can be a little disconcerting. And for every game with the smooth, pinpoint-precise control of Metroid Prime: Corruption or Resident Evil 4 there's one with an awkward, ugly interface that fights you at every turn.

And then there's the waggling. While I still thrill a little at the perfect buzz/crack that emanates from the remote with every Wii Sports: Tennis volley, in most cases the charm of smacking, suturing, stir frying and slashing is all but gone. It doesn't feel like magic anymore. Instead, the gesticulations most games demand often end up feeling gratuitous and contrived.

Even extended family members and friends who initially begged me to bring the Wii to gatherings lost interest after a few play sessions. You know those charming stories about senior citizens enthralled by Wii Sports? I have one of those. My grandparents thought the Wii was the coolest thing since sliced bread - once. Now, as before, they'd much rather get down with a tabletop game of Scrabble. Like the others, they saw the Wii in action, they thought it was neat and that was enough.

Granted, the Wii has played host to a handful of truly sublime experiences. I loved Super Mario Galaxy, for example, despite the fact that its pure design brilliance was in the service of yet another mascot machine. I wonder, does Nintendo have any good ideas that it might be willing to employ for an entirely new franchise? Or are its best minds obligated to toil the remainder of their days in the service of the mustachioed one and his ilk?

Sadly, the last Wii game I attempted to enjoy was No More Heroes, the most recent Wii exclusive to be held out as proof that the console could still entertain players with an appetite for mature, robust gaming experiences. It was a sorry, underdeveloped game and yet another tragic misapplication of obvious creative talent. Clever but poorly constructed, in a way it was the final blow to the starry-eyed Wii owner idealism I clung to for so long.

Steady demand and solid sales figures suggest that my own assessment of the Wii's value is in the minority, so I'll admit my own opinions have probably been tarnished by unique personal factors. For the remainder of humanity, the Wii is probably still the embodiment of technology-induced joy. But for me, the honeymoon is over.

Nintendo could still rekindle my interest in the Wii, but it's going to take a lot more than Wii Fit and yet another Mario Kart. I'm ready to be pleasantly surprised by the upcoming WiiWare releases, and there's a chance that a Wii Animal Crossing could still reel in the family, but otherwise I'm not so sure the little console that could will see much more use in my home.