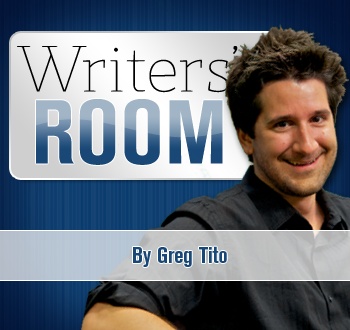 Gone are the halcyon days when a fledgling company could release a somewhat fun MMO and hope to turn a huge profit through monthly subscription fees. Since Blizzard entered that market with World of Warcraft in late 2004, gamers demand a near perfect experience, which pushes the smaller, less competent or untested original MMOs into obscurity. While I'm not positive that is a good thing for the industry (Teddy Roosevelt notwithstanding, is a monopoly ever a good thing?), it's reality, and competing MMO-makers need to adjust their strategy if they want to compete.

Cryptic's track record hasn't been all that stellar, especially over the last two years. Champions Online was meant to be the successor to City of Heroes, but critics didn't think that it had much depth beyond the robust character customization. Star Trek Online had a great license with a ready fan base, but even though the game was generally fun, it didn't cash in on that license to keep high subscription numbers. Compared to WoW, these MMOs just felt like sub-par products. In order to draw gamers in and get them to stay, Cryptic needs to vastly alter its process of development. What worked for City of Heroes just doesn't cut the mustard these days.

Apparently, I'm not the only person who thinks so. When I spoke to Cryptic's Chief Operating Officer, Jack Emmert, about his upcoming Neverwinter , I was surprised that he spent half the interview talking about how good his chief competitor is.

"World of Warcraft already does what an MMO wants to do and does it nigh perfectly," Emmert said. "When [an MMO is released now], you have no room for error. No room to grow. You are immediately judged because you are charging what WoW charges. It just wasn't like that with City of Heroes."

The considerations for Cryptic's upcoming project Neverwinter are a bit different because it's not quite an MMORPG but more of a cooperative roleplaying game that you can play online with your friends. (For more information on that game, see this part of my interview with Emmert here which details what to expect from Neverwinter.) Still, Emmert is determined to adapt its processes and design philosophy to stay relevant in today's MMO market. I respect that he is not ready to throw in the towel just yet.

"We've learned what not to do," Emmert said when I asked him about Cryptic's recent history. "We did Star Trek Online and Champions Online and we produced and created those the same way that we did City of Heroes and City of Villains." When those games were made, there wasn't a lot of testing between different classes or game systems and Emmert admits that led to an unpolished feel when they were released.

"Say we created a character class, a fighter," Emmert said. "We tested it and it seemed pretty cool. Then we tested the wizard and that seemed pretty cool too and it worked. But we didn't test them together, and we didn't test them in particular adventures. So what would happen is that the features at the end of a project would all come together at once. In City of Heroes, it worked for the marketplace. People played the game, they enjoyed it. Now standards have changed and what happened with STO and Champions, internally we felt 100 percent confident, but when people played it and reviewers, The Escapist included, said, 'Wow, this is really unpolished.' We looked at that and said, 'What the hell are you talking about? Did you play City of Heroes?'"