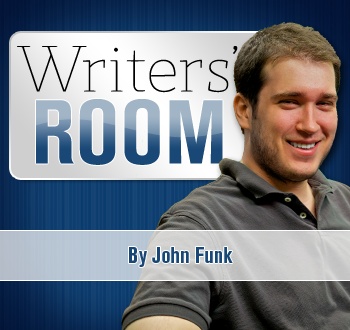 If you had been one of the attendees of this year's Penny Arcade Expo in Seattle, you'd be forgiven if you'd failed to pay any attention the folks walking through the convention center dressed as Pokémon trainers and Team Rocket grunts. It was PAX, for Pikachu's sake; the place was filled with people in costumes!

As it turned out, it wasn't just cosplay. A group of dedicated Pokémon fans had set up a real-life Pokémon League mimicking the one from the games. There were Gym Leaders wandering the floor - and if you could beat them in Poké-combat, you'd earn a badge. Get enough badges and you could challenge the Elite Four, and eventually the Champion. Team Rocket was there to muddy the waters and to prevent you from succeeding, and their boss Giovanni blocked the way to the big leagues.

Yeah, it sounded like pretty much the coolest thing ever. The Gym Leaders were almost all in costume, which made it half Pokémon competition and half Poké-LARP. For gamers who had grown up on the Pokémon games and TV show, it was like a dream come true. Walk down the hall, spot a guy wearing the red Gym Leader bandanna, and whip out your DS (baseball-cap-turning optional) - it was battle time.

The whole thing started back in April on the Penny Arcade message boards by user thespiffyneostar - who fought as lab-coated Professor Pine, the League Champion. Neostar, who goes by Patrick here in realspace, said that the inspiration for the PAX Pokémon League came from the very Pokéwalker that had led me to start seeking them out in the first place, and from how it encouraged Pokémon fans to interact face-to-face, if only for a few fleeting seconds.

"I guess it stemmed from learning the faces of people at my college who played Pokémon and had Pokéwalkers," said Patrick. "[And I realized] how Pokémon is crossing over into the real world in some small ways, especially with the Pokéwalker, and it kinda snowballed from there."

It seems almost contradictory, in a way. The current generation of console gaming - or indeed, gaming anywhere but on a PC - has seen a huge shift over to the online side of things. The biggest games in the world are the ones that rack up millions of gamers playing against each other on Xbox Live and PSN. These days, it's almost rare to find a game without online features of some kind - and Pokémon isn't exempt from this. The fourth generation of the series that kicked off with Pokémon Diamond & Pearl added a global online center to the games. You could now trade, battle, and interact with fellow trainers without ever seeing their face or knowing their name.