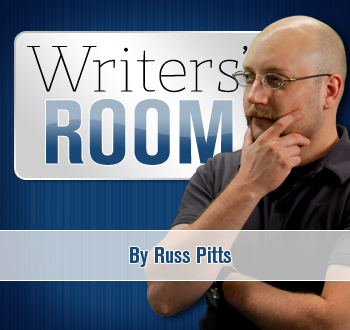 I've been purchasing and playing your products since I was very young. I've met many of you at various conferences, shows and press events. I've been to your offices, your parties and your homes. I consider some of you friends, and even those of you who it is not my pleasure to know well are dear to me. It is out of fondness, therefore, that I write this letter, and I hope that it is received thus.

What I need to tell you is something you desperately need to hear. It is something you may have heard before, in jest, but I need you to hear me and to understand that I am being sincere. I need you to listen and to act, and above all trust that I am speaking the truth. This is difficult for me to write, but I know it is more difficult for you to see written. Again, I apologize.

What I am writing to tell you is that there is a grave threat to the future of the videogame industry and that threat is you. Yes, you.

This fall I've played three separate games from three separate game makers that were all unmitigated technological disasters. All three were AAA titles made by premier development studios. These are not games made by fly-by-night companies. None of the three are ports, or bargain titles, or were made cheaply or quickly. All of the three are from reputable publishers. I'm talking about companies like Bethesda, 2K and Microsoft. These are companies with reputations for quality. Companies that should know better than to release faulty products. Companies, in other words, I trust.

Although you can probably guess to which games I'm referring, I won't single any one out. That would not be in the spirit of why I am writing this. I could (and perhaps should) write a detailed rant about each failed gameplay experience created by each of these three broken games, but that would serve no purpose other than to assuage my temper. You are already aware of the problems with these games.

I will say, however, that in each case, with each of these three games, the issues I experienced were not minor. In fact, in all three of these instances, the games were rendered periodically (and in one case permanently, pending a patch) unplayable. Let me write that word again, so that you may understand the severity of the situation. I will write it in bold and underline it: these games were unplayable.

Let me put this into perspective for you. Three games, at $60US per game, amounts to $180 dollars invested in games that don't work. That may not be a lot of money to some, but to many of your fans that may be the entire amount they're able to spend on games in a whole year. Imagine how it must feel for a devout fan of games, a true lover of the medium, to invest their entire yearly allowance in products that don't work and are not refundable. If you can't imagine it, I'll tell you how it feels: It sucks.

I know that some of you know this. I know that some of you take this seriously enough to devote your working hours making these games right, making patches and fixes that will resolve your players' issues. I know that some of you work overtime on this. I know you lose money. I know it sucks for you. And yet, I don't care. The point at which you have to turn in overtime to create a patch that will fix a playability issue in a game that's been released and sold to the public is the point at which you will have sold a defective product. If you've sold me a game that I cannot play, then I have lost money. It is only fair that you lose some too, in making it right. In fact, what would be most fair is for you to have not sold me that defective game to begin with, but we're getting ahead of ourselves.