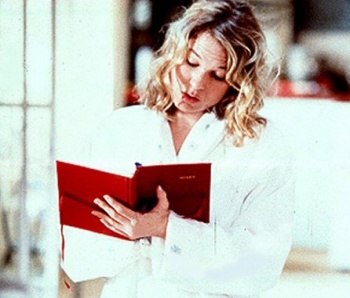 1. Decide whether going to San Diego Comic-Con or not, buy tickets (if ever, you know, able) and make up mind regarding cosplay. Three half-formulated costumes do not one impressive cosplay make.

2. Don't skip Halloween this year. Moving on Oct. 31 an okay excuse, but means will have to pull out extra stops this year. Start planning ASAP.

4. Get better at Dungeons & Dragons so as not to piss off DM and/or fellow campaigners. Also try not to die so much.

7. Make concrete plans to visit Wizarding World of Harry Potter. Dancing around topic is not same as going there. Want to go to there.

8. Organize Netflix queue. Constant shuffling is inefficient. Plus, forgetting what's coming next on DVD is not so much delightful surprise as disappointment, when all one wants is the next disc of Doctor Who, and Harry-flipping-Potter shows up instead.

9. Organize toys on desk at office. Data and Picard keep falling into each other, looks sort of...wrong.

10. Play more videogames. Disgraceful have worked for The Escapist for almost two months and have not played a single game in that time. Also, tell that to no one; people will get pissed, probably.

11. Read Buffy the Vampire Slayer Season 8. Try to quell overwhelming tide of obsession with all things Buffy-related. Keep it together.

12. Read Cowboys & Aliens in preparation for the upcoming film, so can sound knowledgeable, and also know what the hell is going on.

13. See Inception. Everyone is judging. Situation has gotten ridiculous.

14. Start reading Axe Cop. Try not to kill self because it was written by a six year old.

15. Start watching The Guild. Have no excuse not to, as on the internet all the damn time. For work, but still.

16. Stop reading comics long enough to finish The Amazing Adventures of Kavalier and Clay. No, really. Should be ashamed of self.

17. Try to stop speculating about The Dark Knight Rises. Is fruitless and tiresome. Be patient.

18. Watch Sherlock. Supposed to be good, and have been undemonstrative Sherlock Holmes fan lately. Catch up, atone.

20. Work on Nerf weaponry skills. Pathetic; need to defend self when ambushed in meeting, at desk, etc.