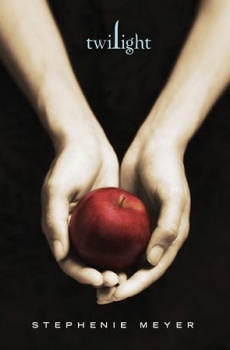 I don't quite know how to lead up to this, so I'm just going to say it: I've been reading the Twilight books. Needless to say, I'm not enjoying the experience.

They are just as terrible as I expected them to be. If I were reading them for pleasure, instead of for an upcoming project, I'd be pretty disappointed. Even while wading through the "liquid gold eyes" and the "ocher eyes," and the "butterscotch eyes" (we get it, his eyes are yellow, move on), though, I can maybe understand why it might constitute a guilty pleasure for some. This got me thinking about such guilty pleasures, why we have them, and how we deal with them.

I thought this couldn't get more confessional than admitting I was almost done with the third Twilight book, but there's no way for me to discuss guilty pleasures without referencing mine, and boy, is it a doozy. In 2001, Reese Witherspoon starred in a movie called Legally Blonde, which is not a guilty pleasure of mine. In 2007, an adaptation called Legally Blonde: The Musical opened on Broadway. I haven't seen it. Unfortunately, my sister gave me the soundtrack.

I -- I'm hanging my head in shame as I write this, trust me -- I love it. I know every word to every song; I sing it in the car with volume and enthusiasm. I could probably put on a one-woman show, were I so inclined. (I'm not, never fear.)

I'm going to take it for granted that you have never heard of said production, so here's a clip from the opening number.

I don't expect you to understand my affection, let alone share it. This clip is here to illustrate the extent of my bad taste.

You're right. It's horrific.

Guilty pleasures are those we would normally define as "awful." We know a film, or videogame, or television show doesn't remotely meet our typical standards, yet we continue to consume it with gusto. What is it about a guilty pleasure that bypasses our better judgment?

These sorts of entertainments rely on our guts. If I were to look at Legally Blonde: The Musical with even an ounce of objectivity, I would recognize it for the fluff that it is. Guilty pleasures are those that we are unable to view with any real dispassion. They appeal to something deep within us, an emotional place removed from our internal critic. It's interesting to consider what place such pleasures would hold in a world sans criticism or shame, but that's not where we live. These pleasures will continue to be guilty, and so it's up to us as individuals to define what, exactly, appeals.

I have no desire to see the show; the music makes me happy, and that's enough for me. I've pondered this phenomenon at length, but can't seem to come up with any reasoning that stems from anything more than simple human joys: laughter, enjoyment, attraction. The lyricism, such as it is, makes me laugh; the orchestrations are cheery; the tunes are well-suited for singing on the highway with the windows down; the actor singing Emmett on the Original Cast Recording has a very handsome voice. It's guilty in that I know Legally Blonde: The Musical is a truly stupid thing to love, but it is one of the most genuine pleasures in my life.

Just because it speaks to me doesn't mean I speak of it to others. There are two basic approaches to guilty pleasures. One can either be furtive to the point of outright denial, or unapologetically honest. As much as I wish I had the gumption to say, "I don't care what anyone thinks of me," I try not to bring up my guilty pleasures in conversation. (Well done, me, for writing about it on the internets.) That approach is at odds with who I am as a consumer of entertainment. I love Doctor Who, too, and advocate the series to anyone and everyone. I recommend Legally Blonde: The Musical to no one. Unfortunately, this avoidance is a natural fear of judgment, and the worry that no one will ever take me seriously ever again. My time singing "Positive," "Ireland," and "Bend and Snap" is my own, and while I don't need the approval of those around me to enjoy it, I will avoid soliciting their disapproval by keeping it to myself.

There's too much out there to avoid having a guilty pleasure; everyone has run across some work that avoids the brain's involvement all together, and goes straight for the gut. If we could all ease up a bit, no one would have to guard these happy secrets, and the burden of loving National Treasure (guilty), Daredevil (unnamed acquaintance), or bad reality television will be lifted. Until that day, we're faced with a choice: Come clean and help lift the stigma, or keep silent and avoid the condemnation of your peers.

So while I can, and will continue to, hate on Twilight with abandon, I can't fault anyone who enjoys it as a guilty pleasure. After all, who am I to judge? Since finding that clip, I've been singing "Omigod You Guys" all day.