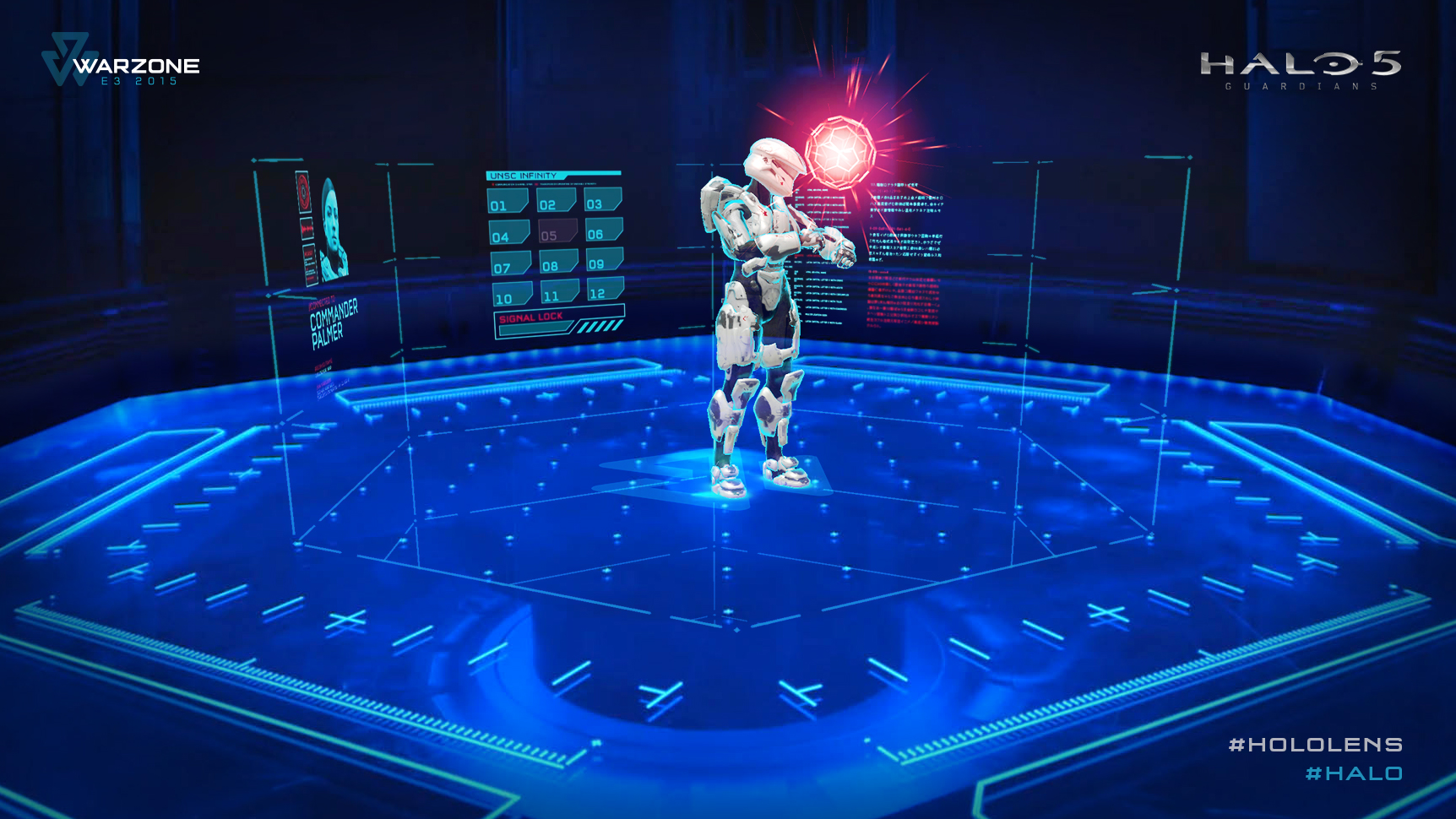 As I stood in line waiting for what I had assumed to be a standard presentation for Halo 5: Guardians, a man in a white lab coat started making his way through the line with a device that looked like a grown-up version of those ViewMaster toys I had as a kid that you'd look through and see a bunch of pictures of dinosaurs, or animals, or whatever else.

When he got to me, I was asked to look through the device like they were binoculars while he looked in through the other side, then he wrote down the number 66 on a card, and then handed it to me. All of a sudden, it hit me. I was about to get my first experience with the Microsoft HoloLens.

Eventually we were taken into a room with an interior that was modeled like a UNSC ship, and one by one, we each got a custom HoloLens fitted onto our head based on the eye measurements that were taken earlier. The headset itself was comfortable, with an adjustable knob on the back that easily allowed for tightening and loosening of the band around your head.

Once I was fitted, the previously blank wall that I was staring at was lit up with four calibration dots, and after confirming that the dots were there, I was sent down a hallway following a Halo-esque waypoint marker that suddenly popped up towards the end of the hall.

The waypoint eventually led me into a briefing room where we all gathered around a hexagonal surface that eventually projected a hologram of Commander Palmer, who proceeded to give us the lowdown on the new Warzone mode of Halo 5. The briefing was complete with a total map overview that highlighted where each base was, the locations of req stations, and a rundown of the rules and victory conditions for the mode.

The whole thing felt pretty surreal and definitely succeeded in making me feel like I was in a game, but at the same time, not everything about the experience was positive. The holographic field of view of the HoloLens felt pretty small, and I had to frequently adjust my angle of viewing in order to see the whole image. I'm not sure whether it was a calibration issue or if it's just an inherent flaw in the HoloLens, but judging from the responses I got from asking others, it didn't seem like it was just me.

Overall though, it was a neat experience, but ultimately felt more like an amusement park attraction than anything else. Hopefully in the future, we'll see some more demos of the HoloLens that showcase its potential as a consumer product. Like, for example, something that shows how it can be used to enhance tabletop gaming, which to me is where the true potential of the HoloLens lies.