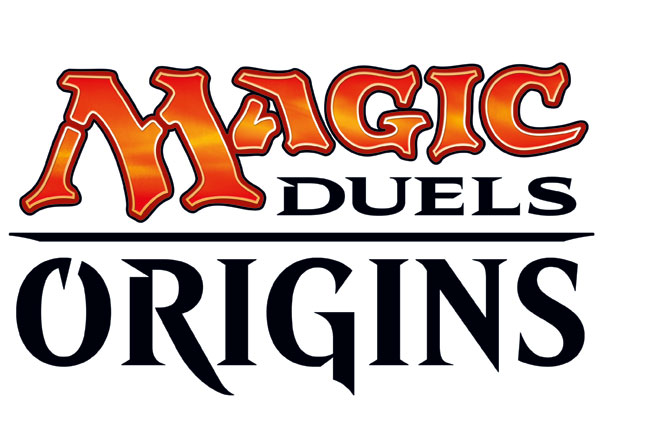 If you know anything about Magic, you probably know that trying to collect the cards from each set comes at a fairly steep price. Paper Magic has been one of my major money sinks for years, and Magic Online offers the same situation, but digitally. Wizards has made efforts in the last few years to offer new players a way to learn the game without committing a ton of money to the trial in the Duels of the Planeswalkers series. Duels has been extremely well received, but players that unlocked all the cards in Duels 2014 had to start from scratch when the next iteration came out. Wizards' upcoming Magic Duels: Origins, however, does away with this cycle, and becomes an actual CCG.

There are gameplay updates, tutorial improvements, contextual gameplay hints, and, of course, Planeswalker cards in the new Duels, but the most meaningful improvement is in the way cards are unlocked and added to the game over time. Whenever you play a game in Duels Origins, you'll earn gold. Win or lose. Single player or online. Tutorial or 2-Headed Giant. Every single game earns you coins, which you can use to purchase booster packs to add to your collection. There's an option to buy gold with real money, for those who just want to get straight to advanced deck building, but there is not a single card or game mode in Duels Origins that can't be unlocked via in-game gold. There was a bit of an uproar when the Premium set was included in last year's Duels entry, which were only available via real money purchases.

More than that, Wizards has finally abolished the annual release schedule, in favor of a long-lasting, living digital card game, which offers a genuine Magic experience. For each paper Magic set release, there will be an update to Duels Origins, adding a new set to the game reflective of the cards and themes in the paper version. Return to Zendikar is coming up in the fall, and when that hits, you can expect a Zendikar-themed set to hit Duels Origins as well. No more starting over, just an ever-expanding collection of Magic cards for you to build decks with. You might recognize this free-to-play, expansion-based collection scheme from titles like Hearthstone, and this is certainly not a new approach to digital card games by any means. What it is, however, is the very first time ever you can get a real Magic experience for absolutely nothing.

Outside of the shift to the free-to-play paradigm, there are some other particularly impressive features in Duels Origins. Planeswalker cards have finally made it into the game, with the featured double-faced Planeswalkers leading the charge. Chatting with Wizards at E3, however, it sounded like they're not the only walkers coming to Duels Origins. From what I understood, in fact, every single planeswalker in Magic history will eventually find its way into the game. I'm hoping against hope that this is the case, because I never did get my hands on a paper Jace, the Mind Sculptor, and, well, I'd really like to.

Alongside the fully custom deck building, there's a new Deck Wizard feature for new players who aren't sure exactly how to construct the best decks. You'll pick from 10 different 2-color archetypes, and it will guide you through the creation process based on the archetype's themes, and limiting the card options for each step by filtering your collection for you. Blue/White Fliers, for example, will take you through four deck-building steps, starting with "Add Flying Creatures," where it has you choose 12 creatures with flying from a filtered list of your collection. "Shore up your ground defense," and "fill out your deck" steps have you add extra creatures, and then utility spells and creatures to finish the spell list. "Add lands" is the simplest step, since Duels will automatically count your mana symbols and balance your lands for you. Impressively, if your first 20 cards are all five mana or more, it will actually start filtering your card options in the next step to focus on lower CMC spells, in an effort to keep your mana curve from being too crazy.

Solo Battle mode lets you play single player games against the computer. Previous Duels games offered a number of different pre-built decks for you to play against, but Duels Origins will do you one better. Instead of a dev adding decklists by hand, the team has found a way to algorithmically generate them, with some manual curation to remove the garbage builds that are inevitable when a computer is making a million decklists.


Finally, there's the Quest system. Much like you've seen in Hearthstone, you'll collect a Daily Quest each day you log in. Completing your daily quest will net you some gold for you to put towards booster packs. The Community Quests, however, are not something I've seen in a CCG before. These will be collective tasks for all players in the game to work together to try to complete. "Deal 1 million damage with Red Sorceries," for example (this is not a confirmed community quest, just an example,) would require players from around the world to band together, construct burn decks, and sling burn spells at their opponents until the entire collective has accomplished the task. This is really neat on its own, but the applications go well beyond a feeling of community. Wizards has plans for topical community quests to go alongside real life events, like PAX or the Pro Tour. If a green ramp deck is the big thing at a Pro Tour, for example, you might see a community quest to "spend 5 million mana" or something of the sort.


Magic Duels: Origins is slated for a July release, sometime around the paper Origins set launch, and will be available immediately on iPad, PC, and Xbox One, with a PS4 launch later this year. If you've ever wanted to play Magic, but didn't want to clear out your bank account, now's the best chance you'll ever have of creating a collection without spending a cent.