It's hard to believe now since it seems we've gotten a new version of Street Fighter 4 basically every year since 2008, but there was a time when the series was locked away in Capcom's vault with seemingly no indication that it'd ever see the light of day again.

But in 2008, Street Fighter 4 managed to change all of that, bringing the legendary fighting franchise back into the limelight, and now its time for Street Fighter 5 to give the series the jolt that it needs to stay relevant in this resurgent world of 2D fighters.

The closest comparison to V-Skills are Drives in BlazBlue. They are special moves that are completely unique to a character, but provide more of a utility function than special moves typically do. For example, Ryu's V-Skill is a parry that functions almost exactly the same as the parry from Street Fighter 3, making him the only character with that specific type of parry.

M. Bison's V-Skill on the other hand is a projectile reflection ability that allows him to catch a projectile and then quickly fling it back as one of his own. Chun-Li's V-Skill gives her a completely new jump arc that's much lower and covers more distance than her normal jump, allowing her to leap over projectiles and punish among other things.

V-Triggers on the other hand are special buffs that are once again, unique to each character, and are designed as a comeback mechanic, similar to X-Factors in Marvel Vs. Capcom 3. Using a V-Trigger eats up your full V-Gauge, which is gained by taking damage and resets in between rounds, much like the revenge gauge in Street Fighter 4. 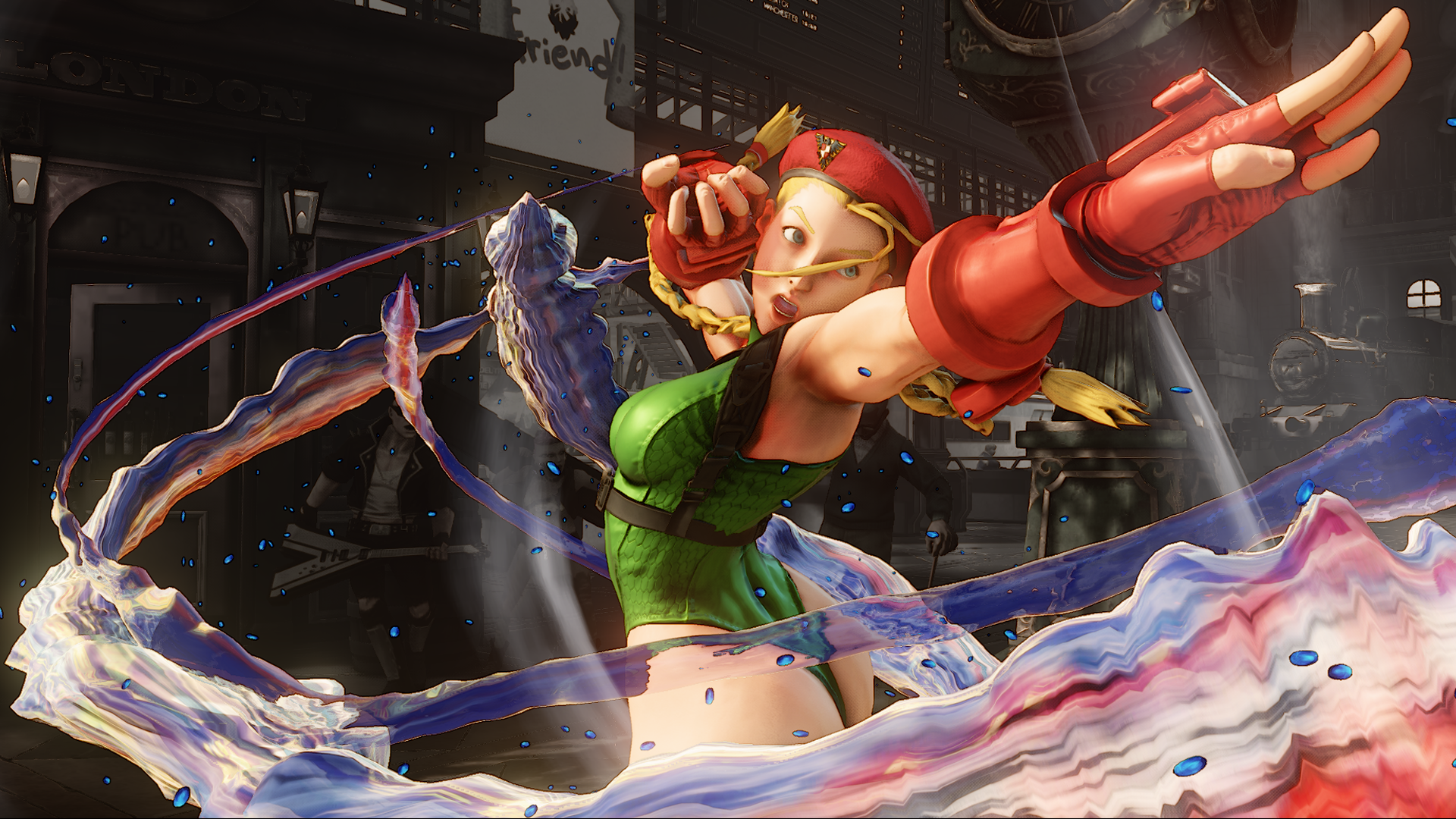 Like V-Skills, every V-Trigger is unique for each character. Ryu's V-Trigger makes his hands turn electric, giving him added power on his attacks, and also granting him the ability to hold and charge his hadouken. Cammy's dramatically increases the speed and number of hits of her special moves for a short amount of time, allowing her to put on immense pressure with some of the fastest moves in the game.

Not all V-Triggers are simply buffs for your attacks, though. M. Bison and Nash's V-Trigger grant the usage of a teleport, though they're both handled very differently. Nash utilizes his entire meter for a single teleport that can place him right next to the opponent from across the screen. Bison on the other hand slowly drains his V-Meter upon activation of the V-Trigger, and can do quick short range teleports in place of his dashes.

Finally, there are also V-Reverals, which use 1 bar of the V-Meter, and allow each character to perform a counter-attack while blocking a combo to deal some light damage and give themselves some space. Not quite as exciting as V-Skills or V-Triggers, but an invaluable technique nonetheless.

And of course, you've still got your EX Special Moves and Critical Arts (Super Moves), which bars of your super meter, gained by dealing damage to your enemy.

There's still a lot to learn about Street Figther 5, but at least now we have a basic breakdown of the fighting system, which seems to mainly focus making each character feel as unique as possible. In my playtime with the game, everything felt very smooth and familiar, and despite me getting my ass handed to me by the guy I was playing against, I was having a great time.

Die hard Street Fighter 4 fans might mourn the loss of focus attacks, but I think it was an important omission in order to make Street Fighter 5 feel distinct, rather than making it feel like another Street Fighter 4 expansion with a rebooted roster. Speaking of the roster, the currently announced cast of characters includes: Ryu, Cammy, M. Bison, Chun Li, Nash, and Birdie.

Street Fighter 5 launches exclusively on the Playstation 4 and PC in March of 2016.