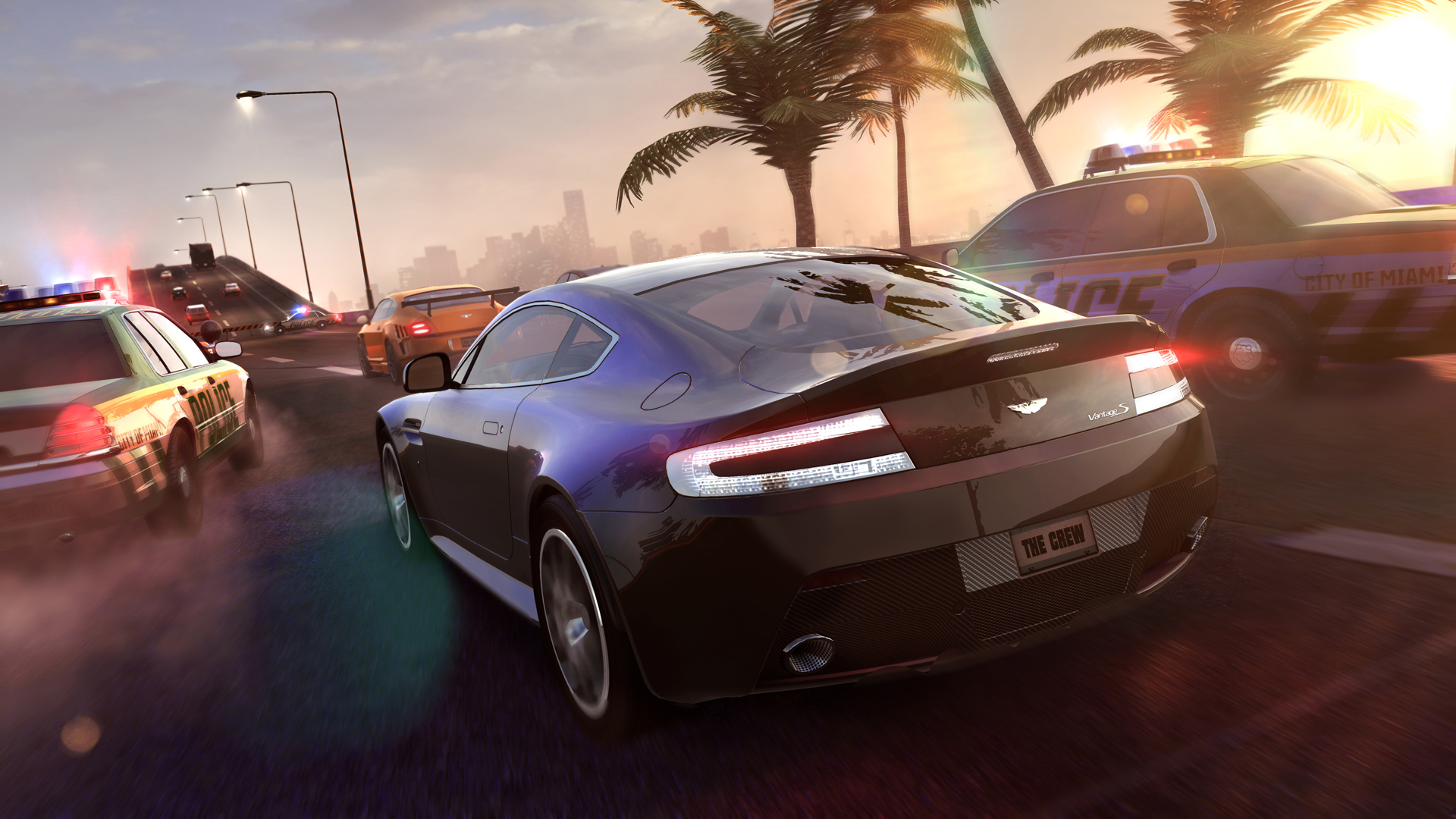 I didn't understand the scope of Ubisoft's driving game until I pulled up the in-game map. The entire United States is in The Crew and you can drive across the whole thing without stopping for so much as a loading screen or a traffic jam. The map has some stylized changes to certain areas to increase detail in prominent locations - the area of New York City, for example, is much larger than it is geographically - but on the whole I was impressed with everywhere you can drive to and explore in The Crew. Bridging the gaps between MMO, open world RPG, single and multiplayer, The Crew is an intriguing game that should offer something unique for gamers with new consoles.

If you're like me, you'll probably start out the game by driving as hard and fast as you can in any direction, and evading the inevitable cops which will be alerted to your antics. While that's certainly some fun emergent gameplay that's possible in the open world, the core of The Crew is the missions and challenges that dot the map. You can set markers to find specific challenges, or just start them when you drive by them (provided the cops aren't after you at the time.)

Challenges can be any number of modes that will test your driving skills such as pure racing, slalom or pursuit. You can take them on by yourself, or join with your "crew" to tackle them together. Crews are analogous to an MMO's guilds or parties - you can form them on the fly or create a more permanent affiliation with your friends using Xbox Live or the PSN.

In the demo I played at the pre-E3 event in May, I joined a crew to take on a pursuit challenge in the American South. The shred of story given in a brief cutscene was that the beat up pickup truck was running moonshine for a rival and we had to bump into the truck enough to disable it and stop him. That proved to be harder than I anticipated, for the truck must have been running on crack cocaine it was going so fast. My crewmate and I had to work together and learn the route the truck took after multiple tries to finally take him down.

As a reward, we got loot. Each part of your vehicle can be upgraded with the drops in the game to increase speed, acceleration or durability. It truly felt like an RPG when I equipped the new parts, and saw my car's stats increase. I immediately wanted to go out and do more challenges to get better parts - a testament to the power of random loot and quest rewards.

If The Crew can find the right balance for loot and leveling up, I might have a new obsession on my hands when it releases later this year for the Xbox One, the PS4 and the PC.