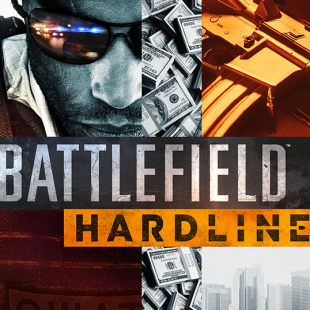 As you might know from the leaked trailers and the official teaser above, there are four classes for both the cops and criminals factions - operator, mechanic, enforcer and professional. It does feel a bit odd that law enforcement and the criminals have the same archetypes - that's something I hope Visceral changes in development. For a game that's about crime fantasy wish-fulfillment, I don't know many cops that want to be mechanics, or criminals who want to enforce any laws. In truth, the classes match up pretty closely to Battlefield's, although the loadouts and gadgets available have been modernized.

"We've got improved mobility options, like the grappling hook gun that allows you to scale buildings or the zip-line crossbow that allows you to cross that gulf between two high buildings. Of course, we got cop-specific gear that's really in the fantasy like ballistic shields and tear gas and gas masks. Flash bangs, tasers, Molotov cocktails. If you can think about it in terms of a relatable, modern cops and robbers fantasy, hopefully we're nailing it here with all these gadgets," said Thaddeus Sasser, lead designer on the multiplayer of Hardline.

As I said, the maps we played were urban, with roadways, tall skyscrapers, parking garages and bank lobbies all providing ample cover and interesting locations for firefights. It was a lot of fun running with a group of criminals to get to our destination and defending against the cops, and more than once I drove a huge tanker truck into a blockade of police vehicles just for the delight of it. The streets are littered with vehicles. You can get into some of the cars, SUVs and trucks, creating all kinds of mayhem as you drive them into your adversaries, but not all of the vehicles are controllable, which leads to some frustrating moments. If I see a car, I want to drive it.

I briefly chatted with Steve Papouutsis after my session, and he said the visual feedback for which vehicles are driveable is still something Visceral is working on. He didn't seem that surprised I had a complaint about it; the studio is aware it's a problem.

In general, the multiplayer of Battlefield Hardline feels polished and near feature-complete. There was even an interesting TV news report lead-in which framed the action as something that could occur in the real world. I'm still not convinced it's radically different from the Battlefield you may be familiar with, but I'm happy to see the end of gritty military shooters.

So is Visceral Games. "It felt like I had enough 'Oscar Mikes' and 'Tango downs' to fill me up for a while," said Milham. "It felt like games we were getting real serious. Lots of grizzled voiced heroes fighting Russian generals who had their own private army who were going to take over and why would the military be doing all that?" Is that a dig at Call of Duty: Advanced Warfare?

"I just want to make a game that pays off on good times and back yard fantasies," continued Milham. "As a criminal, I want to rob banks. But I don't want to take over the world, and I want to have a good cause at heart. When I think about a cop fantasy that I can have fun with, I want to be a cop who doesn't play by the rules. I want to get yelled at by my Captain. I want to do 'whoop' with the siren. I want to use the word 'perp.'"