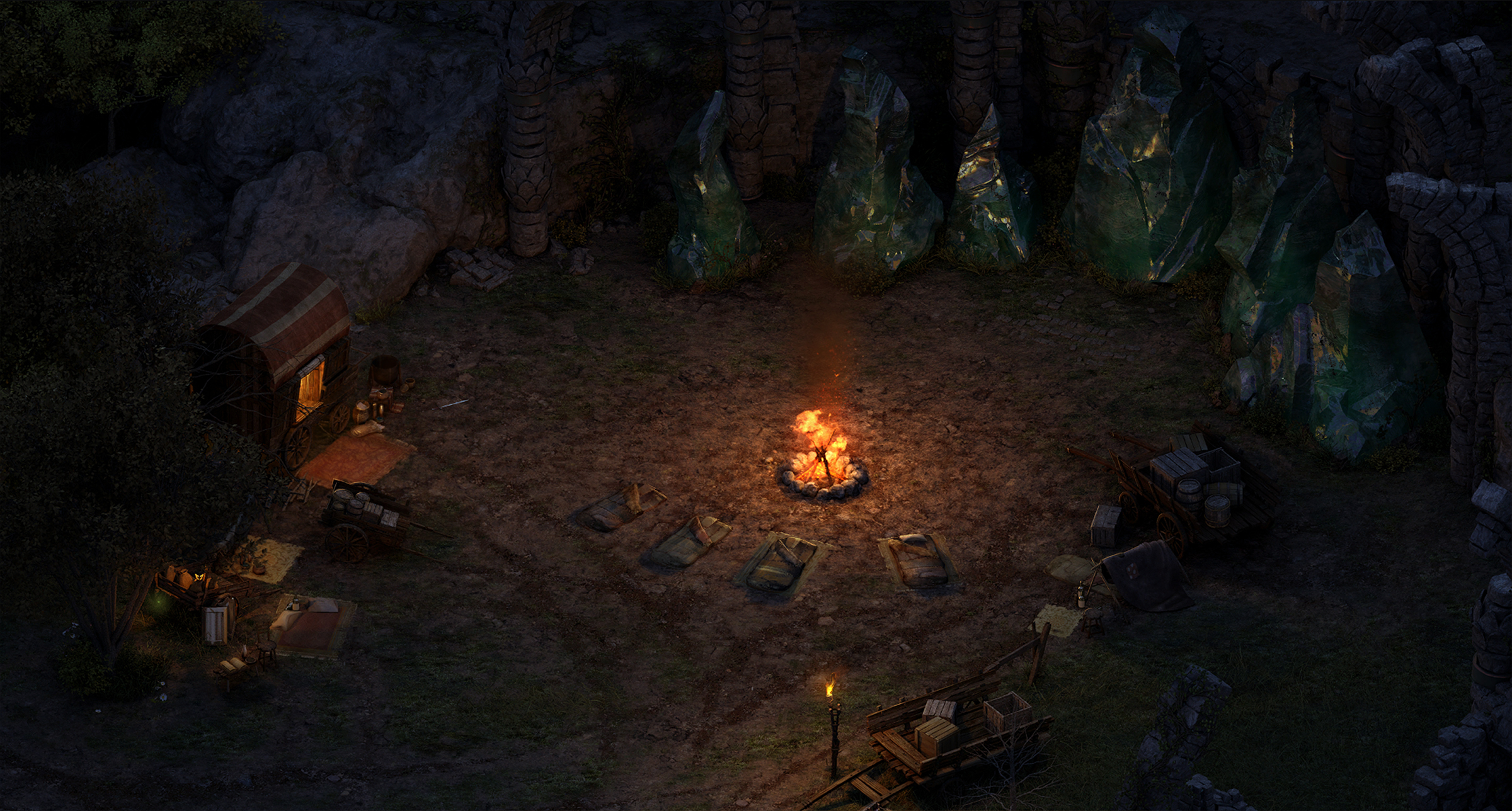 There are also five races: Traditional Dwarves, Elves and Humans, as well as the semi-aquatic Aumaua, and the furry large-eared Orlans. A sixth "race," known as the Godlike, are actually one of the five other races, but with a special manifestation lending itself to nature, fire, death and earth (among others). Brennecke said that these godlike have been blessed by the deities and that they can modify an existing race. So there can be a Dwarf Godlike that looks like a pudgy demon with fire attributes and visage. He added, however, that any attributes of the Godlike would supersede the attributes of the given race.

A full party will consist of six members, but Rangers can have pets, and some party members can have companions. Players can explore virtually any area of the world and rest anywhere. However, a twist to resting in the wilderness requires the party to have camping supplies, which can be found as loot in dungeons or off dead monsters or NPCs. The harder the difficulty setting, the more limited the camping supplies that can be found. 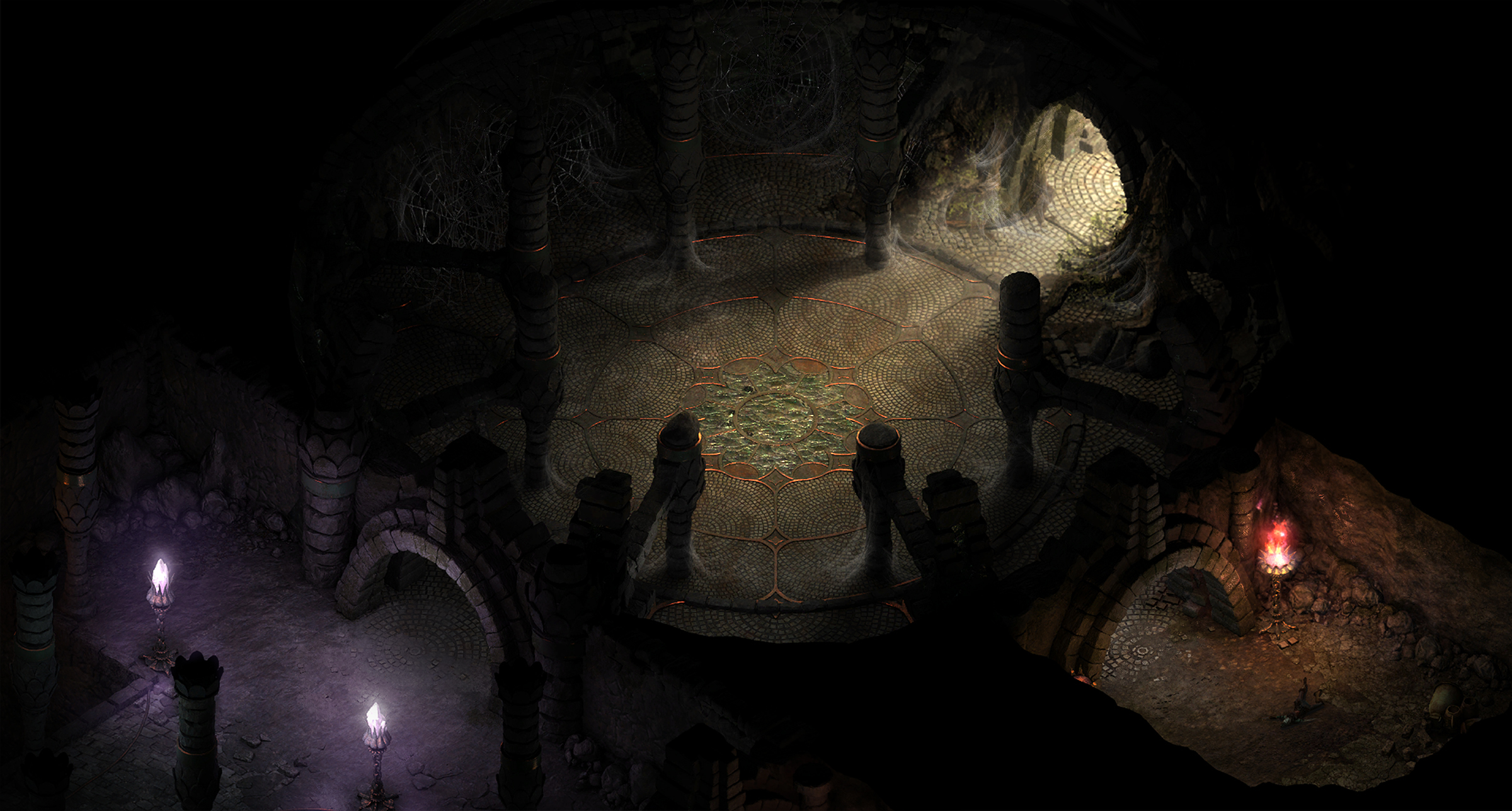 While a lot of effort went into the races and classes - and the various attributes and skills associated with them - perhaps the most effort has gone into creating the world, the lore and the game's bestiary. "We spent a lot of upfront time to create the monsters and the lore," Brennecke said. "A lot of the world building was part of the pre-production. We even created languages for the races that became part of our rule set."

In the old RPGs based on D&D rules, players familiar with the tabletop experience could identify a monster the minute it appeared in the game, usually able to spout abilities, immunities and modifiers with ease. However, the monsters in Pillars of Eternity will be all new and created from scratch. Abilities won't be known until players encounter them for the first time, but once encountered, the creatures will be added to the player's bestiary for later reference if encountered again, Brennecke said. And if a monster displays a new ability later in the game in a separate encounter, that will be tacked on to the bestiary entry for that creature.

The game is currently in alpha, with all maps done and all content currently in the game. The narrative team is in the final stages of fleshing out companions and the finishing touches are being placed on the game's two large cities, player strongholds and numerous dungeons. Oh, and let's not forget the 15-level mega dungeon that only got bigger with the more Kickstarter donations and stretch goals that were achieved.

If you were one of the backers of the project, then you have probably been keeping up with Obsidian's frequent updates on the game. However, while Brennecke was excited to show off what they have at E3, he said the company walks a fine line with what they show publicly and letting supporters play what we saw. "We want to do more polish before we show the backers," he said. "We'll also show off other game play to the backers that has no spoilers. But backers can expect a beta later in the summer." He added that backers will get an update on the Kickstarter page after the show with more screenshots and details.

Backer or not, the game is expected to be released later this year for PC, Mac and Linux. As for me, I can't wait to get my hands on the alpha in the next few months.