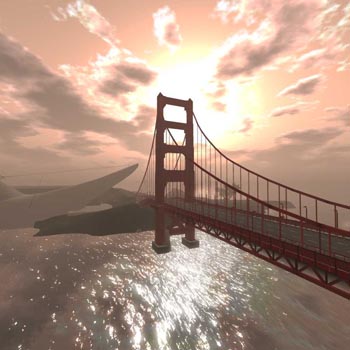 Games journalism and criticism needs to eschew academic restraints, and use personal bias and anger to drive the conversation about games.

Before the 2014 Game Developer's Conference begins tomorrow, a different kind of conference met on Sunday at the Moscone Center in San Francisco. Organized by Zoya Street and a cadre of dedicated volunteers, Critical Proximity was designed for games critics to discuss the art of talking about games, using brief micro talks from luminaries such as Raph Koster, Ian Bogost and Mattie Brice as well as roundtable sessions to exchange thoughts and ideas more directly. Street believes that because of the similar educational background of many of the voices in the industry, we've adopted a dispossessed third-person voice when criticizing games, and he wants us to get back to using conversations and debate as a driving force. That's what Critical Proximity was all about: bringing critics face-to-face instead of shouting over each other on Twitter.

To be clear, the criticism many of the attendees of Critical Proximity are talking about is very different from what many consider to be mainstream games journalism. Games criticism has more roots in literary analysis and discussion than product reviews or even the editorials or thought-pieces The Escapist occasionally publishes. In true navel-gazing academic style, many of the talks at Critical Proximity sought to define exactly what we mean by the terms.

"Criticism is conversation," Street said in his talk. He admitted the tendency for essay writers to reference other's opinions in an affected academic voice, which can often come across as "shitting" on them.

But Street also decried that it's necessary for dissenting opinions to rub against one another. Anger and emotion in debate is OK, perhaps essential, as long as the space stays safe. "Increase the temperature through friction, without starting a wildfire," he said.

In her talk, Mattie Brice compared games criticism to a selfie. When other people take your picture, you lose some of the control in how you are presented. In a selfie, you control the lighting, the angle and the point of view. Brice used that metaphor to ask the gathered writers and critics to use their personal bias in games, instead of ignoring it.

Brice believes too much of our games criticism is ruled by the "specter" of object analysis. A game is an object, and we get too caught up in describing the thing, the music, the mechanics, the fun. Like the New Games Journalism which injected a personal narrative into playing a game, creating travelogues to imaginary words, Brice thinks New Games Criticism should embrace the self of the author when criticizing games.

"Consider the angle you are writing from," she said. "How are you going to expose the you that is only you?"

Hearing the points of view of writers who identify themselves as part of the games criticism movement has impressed upon me the wealth of games writing that is being ignored by a larger audience. I consider myself learned in the annals of games writing, but many of the papers, blogs, books and websites that are integral to those who identify as part of the games criticism movement were unknown to me.

But then again, as Raph Koster pointed out in one of the roundtable sessions I attended, all work produced about games, from Let's Plays and Twitch streaming to forum comments and Tweets, are all forms of games criticism. We need to embrace them all - the mundane and the academic, the childish and the intellectual. We are all a part of the conversation, and as long as that thrives at events like Critical Proximity and on the internet, games criticism will continue to evolve.

Critical Proximity is being streamed live on its website until 5:30pm PT. Check it out if you're interested in more talks on games criticism.