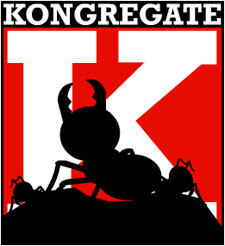 Despite much talk of Android's fragmentation, the fact is that iOS has similar issues across its extensive line of devices, and both platforms are worth the investment.

In something of a postmortem of Kongregate Arcade, which was canned less than a year after its release, Emily Greer, co-founder and CEO of Kongregate, explained her mentality for publishing mobile games. One particularly intriguing bit of data was that the mobile revenues were split nearly 50/50 between iOS and Android. Naturally, this varies by title, but the metrics across Kongregate's games neatly straddled the iOS/Android divide.

I've personally spoken to a handful of mobile developers, who almost unanimously agree that Android fragmentation is simply too much to handle for smaller studios. Greer tends to disagree, referencing Android's tools for dealing with it as being more robust than the tools iOS has on offer. Sure, there are plenty of different Android devices running different versions, but iOS devices also vary wildly - from iPhone 5s to iPhone 4s to iPad and iPod - and have all historically been popular, so there are still a huge number of users on legacy devices. As such, compatibility can be just as frustrating across iOS devices as Android. Ultimately, if it's not worth doing the legwork to be on Android, given the 50/50 revenue split between platforms, it's probably not worth doing at all.

Kongregate has pushed upwards of 80,000 games to users through its website over the years, and another seemingly crucial bit of information Greer shared was that popularity on the web will typically translate to popularity on mobile. Excepting certain titles where session length may go too long, the select titles that Kongregate has opted to give the mobile treatment since it eschewed the Kongregate Arcade model in favor of native app development, has seen similar success from both web and mobile users.

Closing out the session, Greer explained that free-to-play games are a marathon, and you shouldn't expect to see Flappy Bird levels of success over night. Take the data you get from your users, and continually update your game to improve the experience. Over time, your audience will come to you, assuming there is an audience for what you're offering. Of course, Kongregate has a built in player base for its mobile games, and promotion on site has proven to be highly effective at driving downloads and installs.

It's hard to say what a standalone indie dev might be able to take away from this session, without having either the resources to develop cross platform, nor the built in audience of a hugely popular website to promote to. But it seems logical to find a publisher, for starters, that will help fill in the gaps both monetarily and experience-wise. But the key take away is not to sell your game short by being exclusive to one platform.