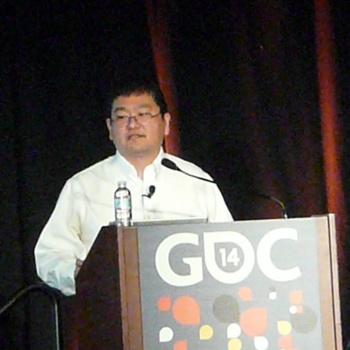 Dean Takahashi from Venture Beat said a lot of rich folk are making money off of us gamers. The good news is that they will eventually die.

The business of making video games is not charity. It is an industry that exists to make profits. That's indisputable, but it's often hard for those of us who love the gaming medium to hear. We want gaming to mean something more than dollars and cents, but the truth is that the people who ultimately sell their games to us don't share that passion. Dean Takahashi gave a speech at GDC 2014 that quoted tons of statistics and valuations of game companies to conclude that, yes, the game industry is in a golden age of prosperity. It's $70 billion market which pundits like Michael Pachter predict will grow to $100 billion soon, but most of that cash is controlled by CEOs and businessmen who don't even claim to understand or even play games.

It's a good thing they are old.

Takahashi showed a slide listing the current value of companies that are invested in gaming, and most of them were not driven solely by games. For companies at the top of the list like Apple, Microsoft, and even Amazon, gaming is only part of their total revenue. Of course, having people concentrated on the business, rather than the business of making games might be a good thing. "With the recent troubles of Zynga and THQ, you could argue that non-game CEOs are doing a better job running their companies," Takahashi said.

The rise of problematic mechanics in the game industry might be a result of the power residing with non-gamers. Predatory free to play mechanics, or the large number of sequels being invested in rather than new stories and characters, or even the lack of diversity of race in the industry and the easy objectification of women may all result from these money folk making decisions instead of gamers. Takahashi specifically mentioned that many governments are investigating regulating the industry's virtual goods markets similar to how they do gambling.

You can still be hopeful. With so many young people playing games, it is just a matter of time before this gaming generation is in power. "The non-gamers will die off," Takahashi said. It won't be long until the word gamer becomes meaningless; everyone will play games so much that "gamer" will be as weird to the ear as "movie-er."

Dr. Ian Malcolm from Jurassic Park proved that "Life will find a way" when talking about dinosaurs multiplying to take over the world. Takahashi quoted one of his colleagues: "Gaming will find a way," he said. "We will take over."