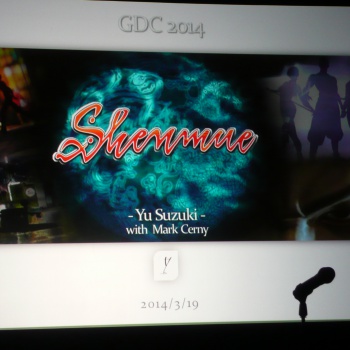 The Japanese creator of one of the most ambitious game projects ever attempted finally shows us how he made the first truly open world game.

The Sega Dreamcast was short-lived as far as console lifecycles go, but it gave us a game that will never be forgotten. Shenmue, designed by a team led by Yu Suzuki over many years in the mid to late 1990s, was an open-world RPG unlike any game we had ever experienced. It paved the way for Grand Theft Auto and its clones, as well as more modern MMOs and pioneered many development and design techniques due to its scope. Suzuki gave a talk at GDC 2014 telling the story of Shenmue's development for the first time, and showed us concept artwork for the planned 11 chapters of the game's story.

While PlayStation 4 architect and Crash Bandicoot designer Mark Cerny translated, Yu Suzuki explained the game now known as Shenmue began its life as Virtua Fighter RPG: Akira's Story for the previous Sega console, the Saturn. Before this project, Suzuki had made only arcade games.

"At that time, the ideal average playtime for an arcade game was 3 minutes," he said. "The essence of the game must be concentrated in those time limits. I wanted to have a console game that had no such time limit."

Suzuki loved RPGs and he began studying them in earnest once he began working on the Virtua Fighter RPG. Suzuki's ambition was very high - he clearly didn't want to regurgitate what had come before. "I hired a screenwriter, a director and a playwright for what I called borderless development," he said. "After a long battle between the writers and the game devs, we had an outline for 11 chapters."

Each chapter had key art created for it, and the main character of Akira would travel to different locations in China as the story progressed. Suzuki laughed and smiled sheepishly when these slides came up. "This is the first time I showing this stuff," he admitted.

In 1998, once Suzuki learned about the next console coming from Sega, the Dreamcast, he decided to abandon the Virtua Fighter brand, and move development to the new powerful machine. He also decided at that time to only tell the first of the eleven chapters in the new game now called Shenmue.

This game was innovative in so many ways. Suzuki dreamed up the open-world concept that would be full of activities the main character could participate in whenever the player wanted. "Rather than follow one thing, I wanted the player to choose what they wanted to play," he said. "I was thinking of a game that could played for a long time without getting boring."

He also used QTEs, calling them Quick Timer Events, and programmed the AI in them to adjust difficulty on the fly if the player just couldn't get the timing. There was also extensive procedural generation needed to compress the game onto as few cd-roms as possible. "If we packed everything we had onto the discs, it would fill 50 cd-roms," Suzuki said. "Of course, you cannot ship a game on 50 cd-roms so we had to work on compression." The techniques they came up with to use a seed code to generate trees or rocks would be used by developers for years to come to save disc space.

The NPC UI was also unique in that each character in the game had its own script of behaviors they would follow independently of the player. That presented some unique bugs. "We got reports that there were no people in the warehouse district," Suzuki said. "It took a long time to find the cause, I remember. This was the cause. A convenience store. All the NPCs were in the convenience store to buy breakfast according to their scripted behavior, and it became congested. And a lot of the NPCs became stuck because they couldn't get out. We had to make the door wider and put a limit on the occupancy in the store." 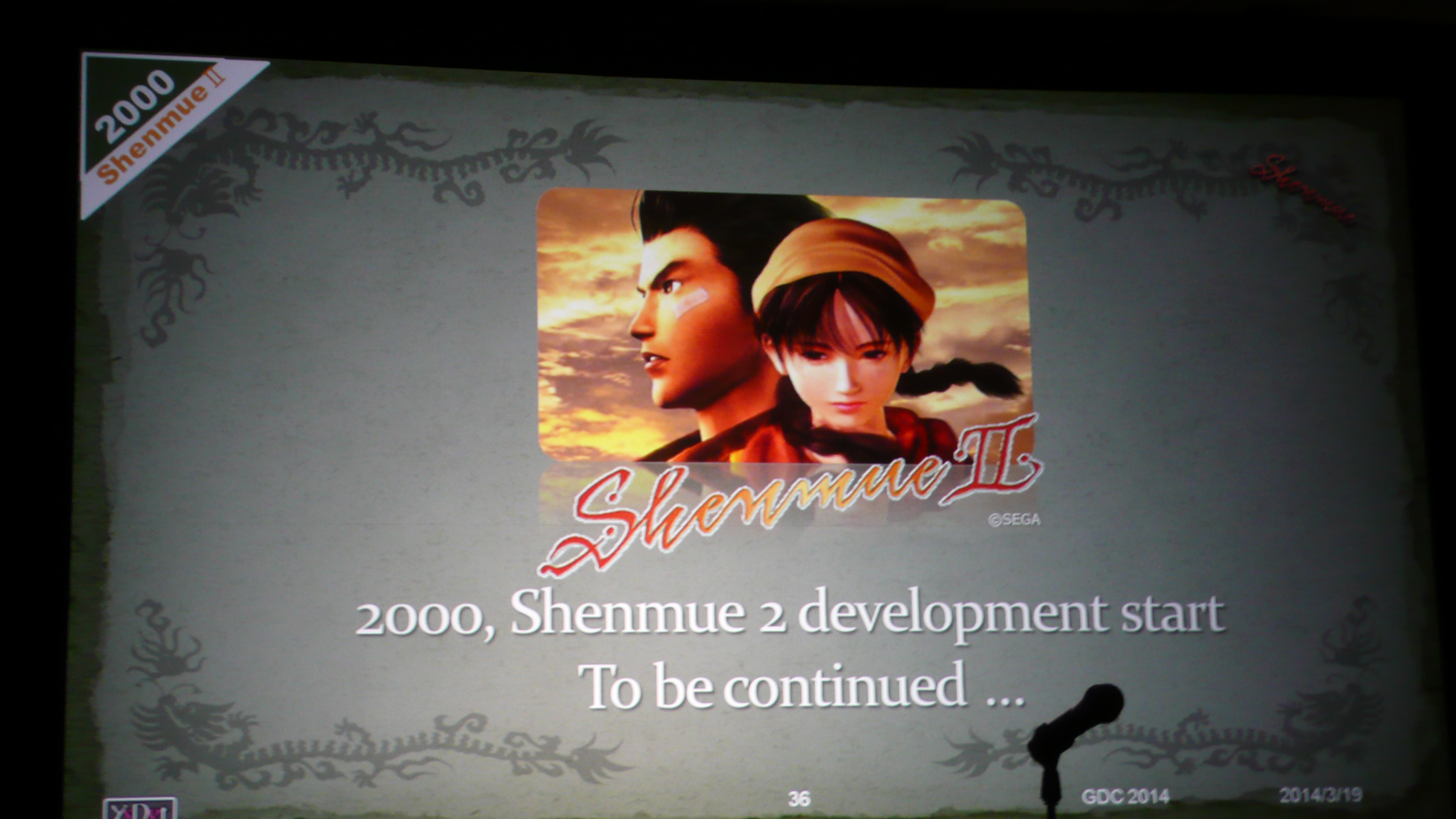 The last year of development was a nightmare for the QA department and project management. Shenmue was made before there was sophisticated project management software, and Suzuki said they tracked bugs by created a single ticket for each action item. The QA team was playing the game around the clock and the rate at which they were discovering bugs outstripped the speed at which the coders could fix them. "At one point, we had more than 10,000 action items," Suzuki said. "It's amazing but we managed this project by pushing around pieces of paper."

Eventually Shenmue came out, and it was a moderate financial success and a critical darling. Work began on a sequel, which was also highly received, even though the Sega Dreamcast soon was pulled off of shelves. Suzuki never got close to finishing the story, with 9 chapters remaining in the story he wrote in the mid 1990s. Even though we can now acknowledge just how much Shenmue contributed to the disciplines of game design and development, there was one burning question the audience at GDC 2014 needed to know: "When is Shenmue 3 coming out?"

We can all be a bit heartened by Suzuki's response: "Of course, I want to make Shenmue 3 if I had the opportunity."

That's it. Rockstar, Microsoft, Ubi? Step up to the plate. The people need to find out where this story leads. You owe Suzuki that much for pioneering the games that made your studios possible.