We gave GDC 2014 attendees a whiteboard and a pen and asked them to quickly write down in one sentence what they learned. We got some fascinating responses.

Developers, students, media and more are in attendance at GDC 2014 and all bring a valuable perspective to the table. What to they have to say when we asked them to boil all that down into one sentence on a whiteboard? People like John Romero, developers at Riot Games, Vicarious Visions, Microsoft, and some gaming media gave us some intelligent, weird and enlightening answers. 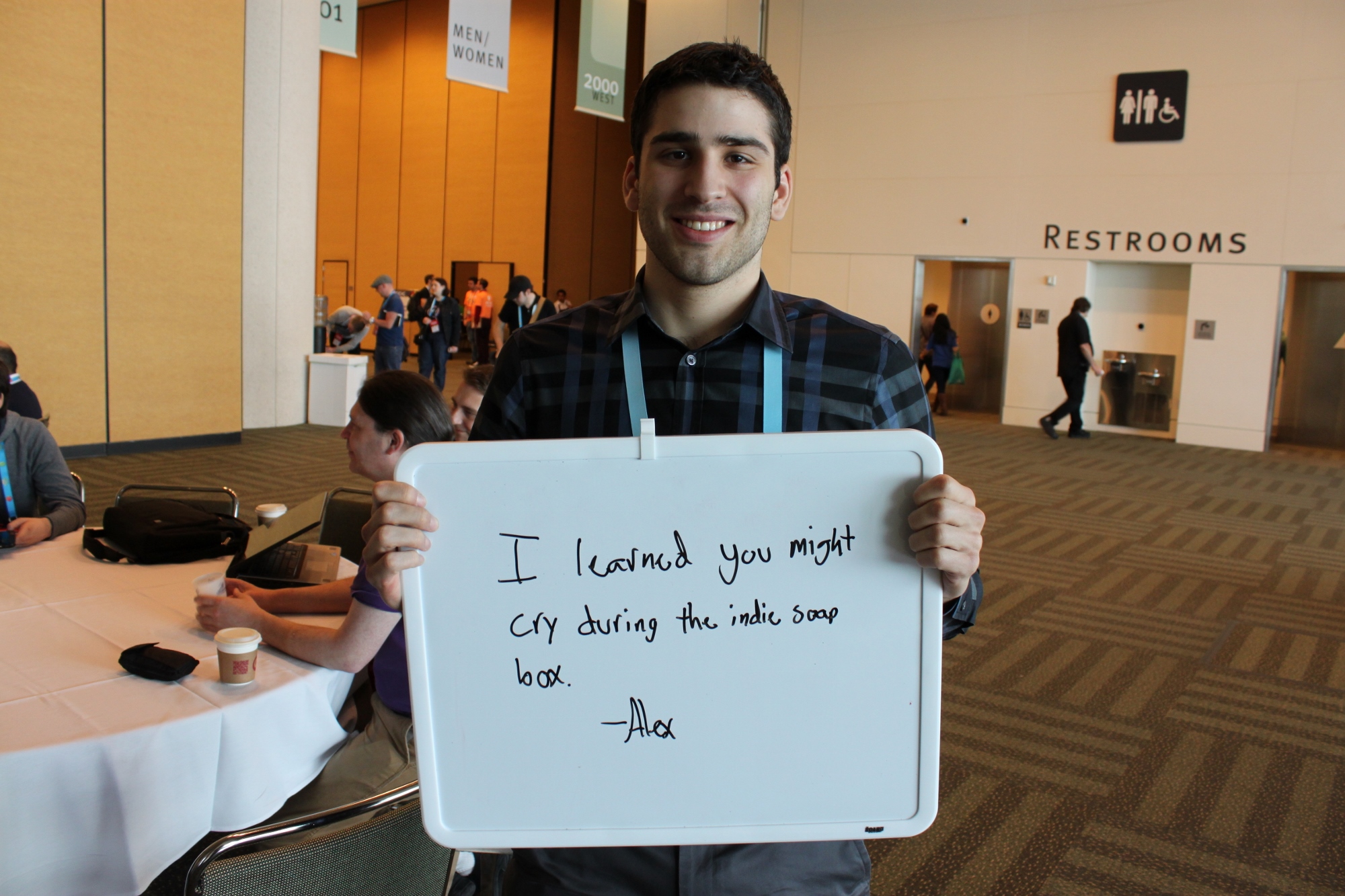