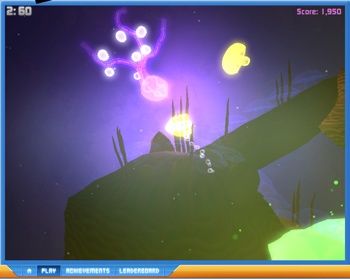 While the program says that The Indie Game Maker Rant would be a 45-minute lecture, what we actually got was a machine-gunning of short yet insightful 5-minute speeches from many of the most prominent indie game developers.

With Phil Fish presiding, we were treated to topics ranging from what makes an ethical game - as Steve Swink (Flashbang Studios) says, don't make "fast food" videogames, as there are "a finite number of irreplaceable hours in your life" - to what exactly independent games may/need be independent of ... pretty much everything, if Tale of Tales' presentation is to be believed, not only publishers and money, but quality time with significant others, the president of the USA, and as many other disparate forces as could be assembled in one speech.

Heather Kelley actually started things off with a rousing (not "arousing," unless you're into blue bunnies from planned-but-unimplemented DS games about getting girls off) discussion of the female orgasm game and why it doesn't yet exist, why it should, and where the potential lies: iPhone/Android, perhaps? Or should we be trading specially written compositions - "user generated content" - to go along with our OhMiBod vibrators, which plug into your iPod and buzz to the music?

On the question of whether games are art or not - we keep hoping, don't we - we heard two different points of view. On the more pessimistic side, Mark Johns (Doomlaser) thinks the industry hasn't quite gotten there yet, and notes that it's going to take time "for people like Ebert to die off." Kellee Santiago (thatgamecompany) feels that games have, in fact, arrived on the art scene, but need to make a clear goal for where they want to end up in the cultural spectrum - so they don't end up going the way of trashy TV: "Honoring and rewarding superficial actions and ways of being."

Chris Lobay (Infinite Ammo) is excited about auteur theory in games, and points out that in the indie scene, there really are some titles that fall into that. Erin Robinson did a dramatic reading of the Gears of War II script (perhaps one of those titles that falls prey to "the unfunny valley") as part of her hilarious presentation on humor in games. Raigan Burns and Mare Sheppard (Metanet) took a practical approach, giving very good reasons to have a demo with your game (if customers are voting with their wallets, then not having a demo is like not knowing what you're voting for) and also some examples of what developers could do 3-D animation to make their art more unique.

The final two presenters were definitely the most intense. Phil Fish ended up going on an impromptu rant about how irked he was that PixelJunk Eden made the IGF, leading to the question of what indie really is. "Indie doesn't hold up to any level of scrutiny," which makes him "sad."

Luckily they managed to still end on a high note, with Petri Purho (creator of Crayon Physics) actually writing a game in 5 minutes based on audience-generated prompts. Copious amounts of head-banging - his very metal pony-tail let down - later, Purho's creation turned out something like Peggle played with ragdolls.