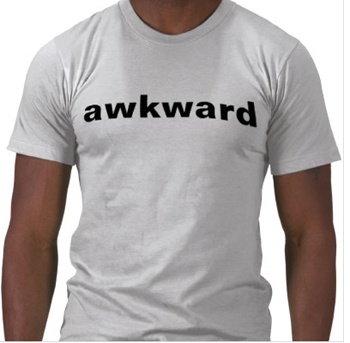 GDC is always full of uncomfortable moments, but this one takes the cake.

Whenever you gather game developers and game journalists in the same space for any length of time, you're going to get awkward moments. Like when someone walked up to Crispy Gamer's Evan Narcisse and said, "Hi, N'Gai!" to which he responded, "No, I'm the other one." Or the time someone sneered loudly to the press room "just who is someone from MTV News" to lecture him about grammar, referring to Steven Totilo's contribution to the Game Critic's Rant. And then there was the lecture that was supposed to be about technology but turned out to be more about self-loathing.

I arrived to the lecture a bit early, as I usually do, to secure myself a seat close to the front. The presenter, we'll call him "Frank," was nervously chatting with some of the programmers in the audience. I always find it rather endearing that these men, who are so incredibly brilliant at what they do, are usually terrified of public speaking. He admitted as much a few minutes later, as his lecture officially began. He was up all night, he said, obsessing over his presentation, and was scared to death to be before us now. Awwww, sweet.

Frank was going to describe a new idea to us, he explained, a particular technology that was still in the works, but that he thought could be groundbreaking. But first, a little bit about himself. He was a child prodigy, beginning programming at age 10. He sailed through high school with a minimum of effort, coasting on his natural brilliance. Then he got to college and found out he wasn't the smartest kid in the room anymore, and things went swiftly downhill. He had to drop out, and he was so ashamed.

Well, few people are probably proud of the fact that they dropped out of college, but one would think if you're giving a lecture at GDC, it probably hasn't held you back too much. Oh, but Frank wasn't finished.

If Frank's lecture had been a drinking game with "ashamed" as the trigger word, we'd have all been thoroughly soused after the first fifteen minutes.

Oh, but Frank wasn't finished. In addition to getting fired from a game company while it was prototyping what would be an enormously successful game "because I was an asshole," he also got depressed, gained a lot of weight, and his girlfriend wouldn't have sex with him for a year and a half.

Oh, but Frank wasn't finished. As he's telling his story, sharing his checklist of shame, he starts to cry. Not full-blown tears, just a quavering of voice and a wettening of eyes that forces him to stop and gather himself for a few moments. At this point, let me give you a picture of the room. About 150 people, just about all of them programmers of one stripe or another, who came in expecting to learn about a new bit of tech but are now wondering if they should offer him a hanky. Awkwaaaaaard.

The horrible irony is that as much as Frank seems to hate himself for no longer being the smartest guy in the room, he's obviously still brilliant. After telling us far more than we ever really wanted to know about how ashamed he was of himself, Frank got on to the technological side of things. Much of it passed right over my head, and although Frank insists that it was luck, not smarts, that led him to his discovery, I'm pretty damn sure he had to be monstrously clever simply to wrap his head around it.

Just another day at GDC.