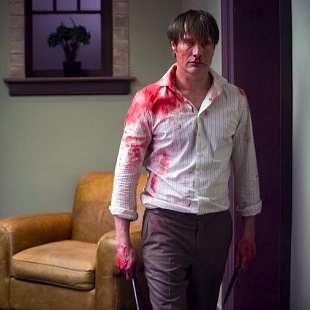 Hannibal's third season will include the arch planned for season four. Does that mean the Red Dragon is coming?

At a Hannibal San Diego Comic-Con panel yesterday, series creator Bryan Fuller discussed the next season of the psychological thriller, a surprising return appearance, and his disappointment about the lack of Emmy nominations. The biggest surprise (to me) was the reveal that the format of the series would be changing. The first half of the season will contain the arch originally planned for season three, while the second half of the season is the story planned for season four.

Way back before the conclusion of the first season of Hannibal, Fuller explained that he had a vision prepared for seven seasons of the series. In an interview with Assignment X, Fuller shared some of those plans, "Season Four is Red Dragon, and that's when Hannibal is incarcerated."

While most of the Hannibal series serves as a form of prequel/reinterpretation of the original Red Dragon novel by Thomas Harris, the actual plot of the novel has not been touched. So far, the series has focused on the background stories of the characters hinted at in the novels surrounding Hannibal Lecter. According to the interview, Fuller's plan was to make three seasons of prequel, developing the relationship between Lecter and series protagonist Will Graham and dedicate a season to each of the novels, Red Dragon, Silence of the Lambs and Hannibal.

Given the change to the formatting, we should expect to see Red Dragon villain Francis Dollarhyde (aka The Tooth Fairy aka The Red Dragon) to appear in this coming season. Although speculation is that we've already seen his handiwork in the television series.

Fuller also shared his disappointment in Hannibal not receiving any Emmy nods. The show is gorgeous and while it contains some of the most grotesque imagery on television (yes, more then Game of Thrones or The Walking Dead), it is done so beautifully that it is impossible to look away. Fuller said of not getting nominated, "It's always disappointing because you work very hard with amazing crafts people who are doing exemplary work." 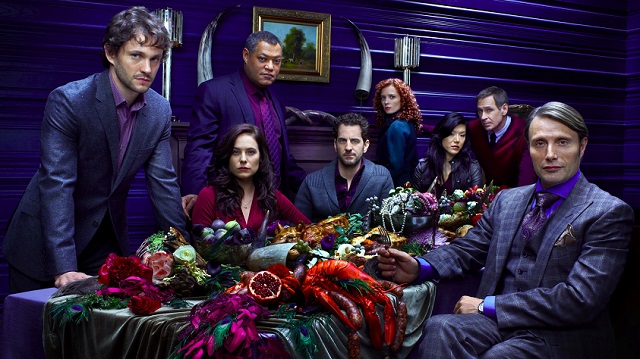 Beyond the brutal murders and horrific crime scenes, the series also features camera and lighting work in every scene that fans feel deserves recognition. Still, Fuller is understanding of the lack of Emmy nominations, "There's such amazing television shows now. We really are in such a fantastic golden era, and the competition is very, very high."

Fans of Fuller, who also created the cult series Pushing Daisies, Dead Like Me, and Wonderfalls can also look forward to his collaboration with Neil Gaiman and fellow Heroes alum Michael Green on the Starz series American Gods.

Spoilers for season two and more specific details about season three on the following page.