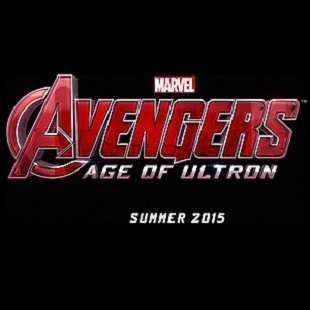 There is no way it could possibly have competed with the footage of Mad Max: Fury Road we saw this morning. Hell, not even getting to lose your virginity again could compete with that. But if our minds hadn't been blown into a million pieces by how goddamned amazing Fury Road looks, then the best thing to come out of Hall H would have been the preview of Avengers: Age of Ultron shown off a couple of hours ago during the Marvel movie panel at Comic-Con 2014.

At perhaps 10 minutes in length, it revealed very little we don't already know: The original Avengers are back, they're joined this time by Iron Patriot/War Machine, Agent Maria Hill, Quicksilver and Scarlet Witch, things will get exploded, and of course, Ultron is the villain. But it distilled, perfectly, everything that made The Avengers work. More importantly, no joke, James Spader absolutely owned the thing, despite occupying less than a minute of it.

The footage begins at Tony Stark's posh new(?) digs, where The Avengers, along with James (Iron Patriot) Rhodes and former SHIELD agent Maria Hill, are having dinner. Yep, it's a Superhero dinner date and it's perhaps the most Joss Whedon thing ever to appear in the Marvel Universe. Clearly a few drinks into the evening, Thor shows off by dropping Molnir onto Tony Stark's coffee table. The others tease him, accuse him of faking the whole "worthy to wield Molnir" thing, which leads to a drunken bet and montage in which the others try picking the hammer up off the table. Captain America comes closest, managing to lift it about an inch (and noticeably worrying Thor), but ultimately they all fail. It's a genuinely touching moment that conveys everything we need to know about the group dynamic since the end of the last film - they're pals. Awww. - and it leads directly to our first look at Ultron.

Thor mocks the fact that no one else was able to wield his hammer, declaring them unworthy, at which point a visibly damaged Ultron breaks out of Tony Stark's lab, and delivers a speech that sounds exactly like a disappointed teacher about to expel someone from school. "You are unworthy..." he says, adding "the only path to peace is your annihilation." Cue some of Ultron's robot henchbots and we're off to the races.

Following this scene is what amounts to a sizzle reel. We see Tony Stark donning a new, mech-sized version of the Iron Man armor to battle The Hulk. We see Thor lift Tony by the neck. We see Tony expressing regret about some unspecified mistake (obviously having to do with Ultron). There are context free battles, and several shots of the other Avengers in action, most nothing more than a glimpse. We finally close on what is either a dream sequence or a vision of the future: a close up of Captain America's shield broken in half, then a zoom out to reveal a battle-damaged Iron Man, ten thousand yard stare on his face, looking over the corpses of the other Avengers. Fade to the film's logo and end scene.

What stands out is how effective James Spader is. Rather than the histrionic bombast of Loki, he presents Ultron as a calm, rational disciplinarian, his disposition more 'deeply disappointed' than angry and resentful. It's genuinely chilling, and gives Ultron depth that a more melodramatic or robotic portrayal wouldn't have. Of course, Whedon has always been good at casting, but Spader turns out to be a particularly inspired choice.

The teaser was exciting when it needed to be, grounded in character dynamics and great dialogue, and even with such limited scenes boasts good performances. Basically, it's everything that worked about The Avengers, but with James Spader's awesome middle aged renaissance added to it. Damn.