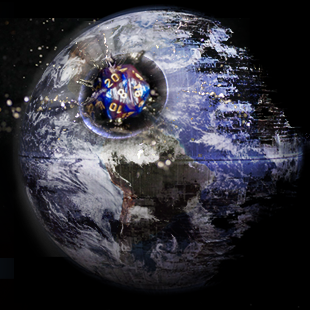 We dorks flock to controversies like moths to a flame. As a diligent internet game worker, last month I read about Doritos and their Gates, fake geek girl backlash, sexism in games, ethics in videogame journalism and whatever game publisher was put to the flame this time - was it EA or Activision, I forget? I absorbed it all, but the din is ultimately meaningless to me. All the commotion is just noise, because every night I can go home to play games or escape into imaginative shows and movies. That's why I was happy to meet a whole bunch of people from very different backgrounds on a recent press trip and just talk about the stuff that actually matters to me. For all of the hubbub of hate and rage on the internet, this group of game developers, producers, and journalists reminded me what unites us all, no matter where you were born: Nerd is a universal language.

Boel Bermann is a Swedish game producer and PR manager for Paradox Development Studio. She lives in Stockholm, more than 4,000 miles from my home in North Carolina. Boel speaks Swedish in her daily life, but is more than fluent in English; she uses all the normal slang of a gamer with ease. In between talking to her about the games she was showing me, we chatted about Firefly, the A Song of Ice and Fire series by George R. R. Martin and its HBO adaptation, and our mutual non-participation in the Doctor Who phenomenon. But it wasn't until Bermann shared a few details about what her friends called her apartment in Swedish - "Bolles kök", which translates to "Boel's kitchen" despite sounding obscene in English - that I remembered she was from a culture complete alien to my American sensibilities. Despite our differences, we could happily discuss whether True Blood jumped the shark last season, or what challenges an adaptation of Robert Jordan's Wheel of Time would present .

The different perspectives on escapist culture opened my eyes to interesting nerdy things I may not have known about otherwise. Our discussion wandered onto ongoing fantasy series, and how sometimes we didn't want them to end because we loved inhabiting the world so much. Lennart Berg, the project lead for the Cold War game East Vs. West, asked me, "What if you could read a story that never ends?" I said that sounded pretty damn intriguing. Berg, a German living in Denmark, then told me about the Perry Rhodan stories, an ongoing series of weekly magazines telling a science-fiction story starting with a mission to the Moon and the subsequent discovery of a crashed interstellar ship there. The Rhodan space opera debuted in Germany in 1961, and it's been published continuously since then, with different authors at the helm. To date, there are more than 2,600 issues - each equaling a novella in size. Some of the earlier stories have been translated into English, and based on Berg's recommendation I said I would look into picking them up . (It's hard to find the old paperbacks, but not impossible.)

As little as thirty years ago, Boel Bermann, Lennart Berg and I would probably have very little in common. We likely would have had a language barrier, in addition to a cultural one, not to mention the 3,000 miles of the Atlantic Ocean between us. I know some people like to speak in hushed tones about the dangers of globalization, like it's some dirty word, but sitting around a table with people from Germany, Sweden, Scotland and San Francisco (totally a different culture from the American South where I now live), all of us talking about the promise and risk of Disney making another Star Wars film, I was happy to be among my people.

We nerds have so much to share with each other. It's time we concentrated on the love of games, fantasy and science-fiction that unites us instead of the platform wars, false causes and other imagined chasms that keep us apart. Nerd culture, geek culture, escapism, whatever you call it, has grown from being shunned by the masses to a vital part of the world's economy and collective consciousness. Nerds don't exactly rule the world, but we are a big part of its culture now. We can argue and debate about issues we find important, sure, but there's no reason to let bile, hate and bullying overtake the camaraderie we should all feel. Let's forget the controversy, and concentrate on what brings us together.