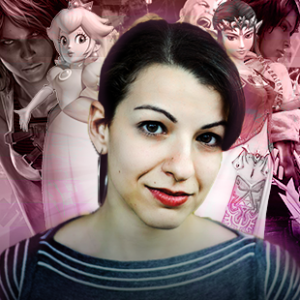 It's a brisk but not impossibly chilly Tuesday evening in Boston. The sun is already just beginning to fade as long grey-blue shadows start to stretch out over Huntington Ave. I'm pacing one of the smaller quads of Northeastern University, taking in the just-right fall atmosphere while trading texts with a friend who'd planned to meet me here, in this pleasant part of town I don't get to nearly as often as I should. The overall milieu, right down to the busy rush of students dashing about furious puffing their cigarettes with wool-caps pulled down tight, is exactly what people think of when they picture The College Scene in Massachusetts.

My friend arrives, and we head into the auditorium foyer where a crowd has already begun to gather. I'm reminded, once again, how long it's been (almost a decade now) since this sort of place was my part of my everyday world... These kids look like, well, kids. Fresh-faced, restless and eager; was I ever this young? We're all here, of course - my friend, these kids, myself - for the same reason: She has come to town to speak.

By now I've gotten used to the idea that talking and writing about videogames can confer a certain strain of pseudo-celebrity on a person. Not quite "red-carpet" celebrity, but certainly "pack-a-college-lecture-hall" celebrity. I'm accustomed to seeing people I regard as colleagues and friends and know as regular folks get pulled aside for photos by legitimately starstruck fans or asked to sign autographs - however surreal it still feels when I'm asked to do so. But there's an electricity here, tonight, that feels notably different from, say, the show floor at PAX or a launch event; and we all know it's because the star of evening approaches under an entirely different kind of notoriety - the kind that includes inexplicable hatred along with fandom; infamy along with fame.

And then, just like that, there she is: Strolling casually through the crowd nigh-indistinguishable from anyone else there save for recognizability and being flanked by sharply-dressed folks who may as well be wearing sandwich-boards reading Teacher and Event Coordinator. The lady of the hour, at once the human lightning-rod for gamer-culture vitriol and - maybe - the beacon piercing the dark for large swaths of said culture who still feel alienated an even unsafe within what is supposedly a now firmly "mainstream" medium.

Anita Sarkeesian - The Most Dangerous Woman in Videogames.

If you spend enough time on The Internet, it can be easy to forget how inflated and meaningless so much of the back and forth is, or how adept it is at skewing the view of reality. To know Sarkeesian's name is to know the ongoing story of hate, threats and controversy that surround her Kickstarted video series "Feminist Frequency: Tropes vs. Women in Video-Games;" and, if you chiefly know of her by the sustained relentlessness of all that coordinated intimidation, it's easy to imagine her arriving at an event like this being hustled directly to the stage in a bullet-proof vest guarded by a small army of burly bodyguards like Salman Rushdie once upon a time.

But no, none of that. Because this the real world, the flesh-and-blood world where talking about diversity and gender-issues in popular culture doesn't make you History's Greatest Monster, or a figure of controversy, or anything other than the guest speaker at a college lecture hall. It's a stark and refreshing reminder that for all the bellowing, the Must Destroy Feminist Frequency brigade that can seem so omnipresent and powerful on YouTube, Twitter or any other digital forum is, in reality, so very insignificant... so very small.

We get to our seats soon enough (after a pause to formally introduce myself: in the interest of full disclosure, Mrs. Sarkeesian and I arrive here already aware of each other's work and sharing some acquaintances, though we've never met in person until tonight), and I turn around for a bit to observe that the place is, indeed, packed. The whole thing still feels extraordinary: Ten years ago I'd have never believed a lecture about video games could draw a crowd like this from a speaker whose name wasn't Miyamoto or Kojima. Five years ago I wouldn't have believed it could happen for someone talking about feminism in the medium. Then again, that same ten years ago Presidents only ever came in white - things change.