The Escapist Award Nominees for Best Strategy Game of 2013 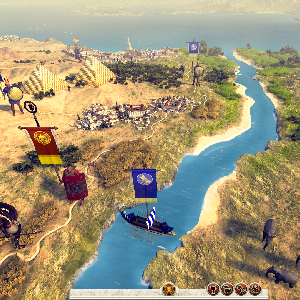 Jon says: 2013 has done nothing but prove that the renaissance of strategy titles is in full swing, including in places where the genre has been weak or absent for some time. Strangely - or not - the world of strategy stuck to tradition, releasing a variety of expansion for games a year or so old. Oddly, the world of strategy feels once again like the turn of the millennium.

Traditional RTS received yet another superb installment of StarCraft II in the Heart of the Swarm expansion, proving that while the Blizzard RTS formula is old, it can still be varied enough to feel fresh. SC2 continued popularity as an esport even after the potential unbalancing of adding more units to its very defined factions of Terran, Zerg and Protoss speaks volumes to its excellence.

Civilization V continued to improve with the Brave New World expansion, which furthered the legacy that Gods & Kings set by giving depth to aspects of the game that had previously felt unexplored - adding deep value to not only previous content, but new expansion content. The trade and culture revamps in Brave New World seemed to complete the features of Sid Meier's long-running series and resulted in many late nights by The Escapist staff.

Rounding out the expansion packs from Firaxis, XCOM: Enemy Within delivered yet more of the game that brought back a AAA strategic-tactical experience that many had thought lost with the 90s. (And cybernetic mech troops rocket punching aliens. Don't forget that.) The addition of the human terrorist EXALT as a secondary adversary throughout the campaign, as well as collecting the MELD resource on the dozens of new maps makes a play through of EW feel completely new.

On a more grand scale, Europa Universalis IV followed up on Paradox Interactive's hit Crusader Kings II by making the renaissance and age of exploration simulator friendlier to a wide audience., introducing more and more people to the glories of historical sandbox simulations. The depth of the simulation allows you to feel like you playing through an alternate history, tweaking and changing world events to your heart's content. Want to take over the world as the Pope? Well, in EU4, you can!

Finally, Creative Assembly released another installment in the Total War series, bringing us back to BC with Total War Rome 2 and elevating the production values, and scope, of a 4x series higher than ever. Rome 2 might not have had a stellar launch, but the fixes and added content Creative Assembly have brought to the game since then has more than made up for it and created a game which strategy fans will be playing for a very long time.

Which game will win The Escapist Award for Best Strategy Game of 2013? Check back next week to find out!

Continue to see the nominees for Best Action-Adventure Game of 2013.