The Escapist Award Nominees for Best Action-Adventure Game of 2013 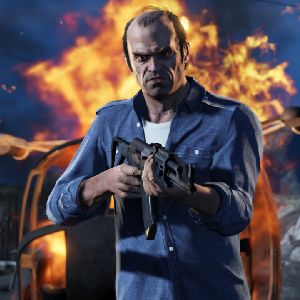 Paul says: The action-adventure genre is an odd duck among videogames, often featuring titles that blend various other genres and mechanics together to create something bigger and more engaging than just your average shooter or platformer. This year saw an impressive selection of action-adventure titles, ranging from the sci-fi shooter-esque Dead Space 3, to the god-slaying God of War: Ascension, to the narrative heavy The Last of Us to the just plain silly Saints Row IV. Many were fun and great to play, and it was hard to pick which ones reigned supreme, but through careful diligence and repeated playthroughs we managed to narrow them down to a chosen few.

A reboot of the long-running franchise, Tomb Raider brought us back to the early days of Lara Croft's adventuring career, when she was still just a student eager to prove her theories about the lost civilizations of the world. Shipwrecked on a lost island, Tomb Raider pits Lara against a hostile environment filled with dangerous pitfalls and an insane group of cultists, and it was up to players to guide Lara on her quest to save her friends and survive against impossible odds.

Featuring a unique mix of survival horror and action, The Last of Us challenged players to fight through encounters with dangerous monster and human bandits across a post-apocalyptic landscape. But what really sells The Last of Us, is its narrative of survival, as players guide Joel and Ellie, an unlikely pair of survivors, through countless hardships and horrors in their journey through a world reclaimed by nature. Filled with compelling characters, plot twists and emotional punches not seen often in games, The Last of Us was a definite highlight of gaming in 2013 and one of the best action-adventure titles to date.

Featuring a sandbox world that lets you run rampant with super powers and weird weaponry (like the ever popular Dubstep Gun), Saints Row IV is one game that doesn't take itself too seriously. With a comedic story of the Saints Row gang taking on a melodramatic alien overlord in an attempt to save humanity, Saints Row IV is a hilarious, action-packed game that is above all, fun to play.

Assassin's Creed IV: Black Flag let players take on the role of Edward Kenway, a privateer turned pirate turned Assassin in a large scale open world seascape that lets players roam the oceans in search of adventure (and a good payday). With an impressively designed naval combat, brought over and overhauled from the previous game in the series, Players can wage intense one-on-one battles against English Man-o-wars and Spanish galleons in the hunt for treasure, and sneak and parkour their way around various ports and coastal fortress while hunting down their Templar opponents.

Grand Theft Auto V has been described as one of the seventh generation's most impressive technological feats. The fictional city of Los Santos and its surrounding areas are huge, and lets players run amok in an impressively large open-world sandbox. Controlling three distinct protagonists, GTA V offers players a multitude of missions to complete, a wide variety of colorful characters to interact with and a whole host of grand felonies to commit in the process.

Which game will win The Escapist Award for Best Action-Adventure Game of 2013? Check back next week to find out!

Continue to see the nominees for Best Adventure Game of 2013.