The Escapist Award Nominees for Best RPG of 2013 are:

Jon says: Cutting through the crust of distaste for hack-and-slash that Diablo III baked into my mind, Path of Exile has captured the crown for the genre. Removing strange, skeuomorphic design elements like gold from the game and adding in, instead, an economy based on the real things of value - creating random magic items - made PoE into a distillation of what made games like Diablo II and Torchlight great. At the same time, adding the ranked and score-driven play that defines the free-to-play genre gives fresh goals to what would otherwise be an endless grind. But what really sets Path of Exile apart is how it explodes the concept of class and skill. Allowing you to build on one giant skill tree, and combine gems that change how your skills work and your playstyle in radical ways, lets you really build whatever kind of character pleases you - one that's functionally unique from others of your particular class. Whether you play alone or with friends, ranked or not, Path of Exile is one of the best hardcore RPG experiences you can have this year. 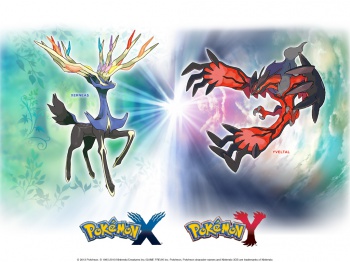 Justin says: Nothing I could say about Pokemon X & Y more poignantly sums it up than the following: A couple of weeks back I was actually looking forward to the prospect and procedure of heading to the airport, dealing with TSA security and being locked up in a speeding metal tube for a hours on end. This was because if for no other reason I knew I would have stretches of unadultered time to devout to training up my latest team of Pokemon. At its core it's still the same addicting game I last played all those years back with Red and Blue, but that's not to say that nothing has improved though. Obviously the big selling point this time around is the upgrade into 3D. Certainly we've seen Pokemon in the 3D in other games, but this is the first time it's been in the big world RPG focused releases. There's also been a bunch of changes to not necessarily dumb down the experience, but it makes some of Pokemon's more arcane mechanics more forward facing. I still believe that Pokemon's best feature is how scalable it is. That the game can be fun and engaging for brand new players and those who are studying the stats and meta to craft the most competitive team speaks volumes of how much depth is hidden behind its colorful facade.