Unfortunately, not all of the games that are part of the Alien mythos are worth writing home about. Of all the Alien titles released over the years, some are bug-filled messes, have shoddy controls, or just miss the point entirely.

Here are a few particular titles you should probably avoid... 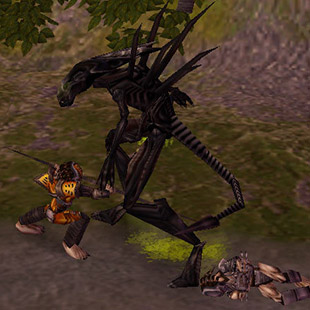 This real time strategy game (yes, you read that right) was certainly an original take on the whole Aliens vs. Marines vs. Predator conflict.

But unfortunately, it launched with no multiplayer and a mere 21-mission campaign to play through. Topped with a lack of any real storyline and poor, hard-to-see graphics, Extinction offered up little in the way of a great RTS experience. 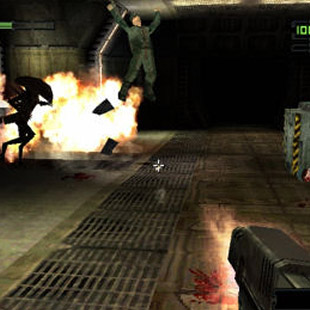 As a movie tie-in, this game wasn't exactly expected to be great in the first place, but definitely had tons of technical issues that prevented it from even being average.

Even though Alien Ressurection could deliver some good scares now and then, it had horrifically shoddy first person controls, meaning shooting at your xenomorphic enemies was nigh impossible. 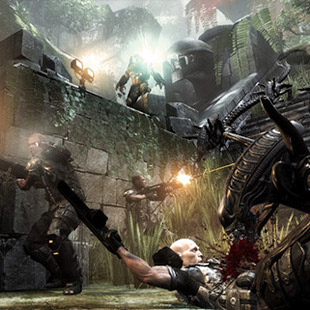 This quasi-relaunch of the Aliens vs. Predator first person shooter series may have looked pretty cool, but the game itself turned out to be little more than a run-of-the-mill shooter that didn't do anything new with the formula.

Plus, the multitude of repetitive animated sequences that break the game's flow (like when your Alien character shoves a facehugger onto a poor victim's face or you remove a marine's spinal column via your predator's wrist blades) made playing this Alien game a dull experience. 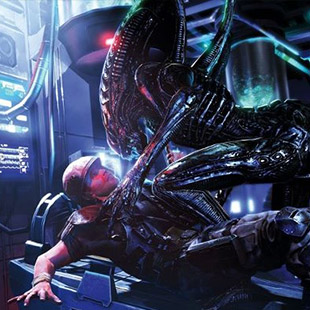 Let's face it; we all knew this game was going to be on this list. It's just that bad. Despite some awesome looking trailers, Colonial Marines is a game that turned out to be riddled with bugs and graphical glitches, on top of incredibly ill-designed AI, a haphazardly implemented co-operative mode, tons of plot holes, unrelatable characters - the list just goes on and on and on. By far, Colonial Marines has been the biggest disappointment in the Aliens franchise.

And there we have it, 4 awesome Alien games you should check out, and 4 titles you should probably avoid. Let us know in the comments if you have any particular favorite (or least favorite) games from the Alien universe!