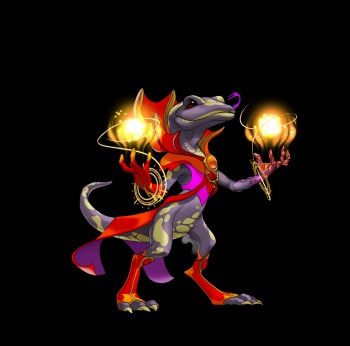 Teaming up with Vienna-based developer Sproing, Gameforge wants to bring the excitement of team fighting to iPads everywhere.

With MOBAs, League of Legends in particular, showing such a huge number of players, the next logical step is to bring this remarkably popular genre to one of the most popular devices out there; the iPad. The iPad may not be quite as prolific as the PC, but the accessibility promised with Sigils: Battle for Raios could help forge a new market in the casual space for MOBAs. I've tried to get into League of Legends on a couple of occasions, but getting to the point where you can play competently requires so much of a time investment that it was ultimately futile. Gameforge wants to change that with Sigils, by making what is at its core a casual game that blends MOBA and RPG elements.

Sigils is promising straight up PvP in 3v3 matches for those who want to get their MOBA fix from the couch or on the go. There's a single-player PvE option for gamers like myself, who oft prefer some quiet solitude while gaming. There's co-op PvE as well, if you've got friends in the game, but aren't quite up to snuff enough for PvP. The RPG mechanics are at the forefront of progress in the game. Unlike many MOBAs, your character levels are persistent through matches. You'll be able to level up each Champion individually, improving their stats and abilities, as well as level up your Avatar, which unlocks slots for equipment and Sigils. Gameforge has even tried to make maximizing the effectiveness of your gear as easy as possible, by color coding Sigils to the equipment they'll benefit the most. It's not the most intuitive system yet, but with some further UI refinement, it could be a very simple task to create the ideal gear set and Sigil combination for whatever your playstyle.

With the desire to make Sigils as accessible as possible in mind, the Champion design is deliberately intuitive. Each Champion is a different sort of animal, from the elephant tank to the koala healer. The plan is to offer 20 unique champions at launch, with a number of additional Champions in the pipe and ready to go live with regular content updates. The computer-controlled enemies in the PvE modes are all insects, similarly styled to the animal Champions, but obviously much less adorable than an armor-clad koala.

Of course micro-transactions are going to keep the servers running. While many of the items are available to be purchased with in-game currency, you'll have to shell out real cash if you don't have the time to farm in-game gold. You only start out with one Champion, so you'll have to fill out your roster through grinding or real-money purchases. Equipment in game will also likely be purchasable for real money, though no specifics were offered.


Gameforge has basically made its name on turning games into free-to-play experiences, and monetizing through micro-transactions. Tim Campbell, Vice President of Third Party Development, went so far as to call Gameforge a "pioneer" of the free-to-play model in the West. Whether the market will bear fruit for a casual-friendly MOBA-esque experience remains to be seen, but the F2P model is tried and true in the MOBA scene, so this doesn't seem to be a bad bet on Gameforge's part.
Related to:
joshua vanderwallfree to playgameforgeiosipadmobarpgsigils battle for raiosvideo games
0
Tweet