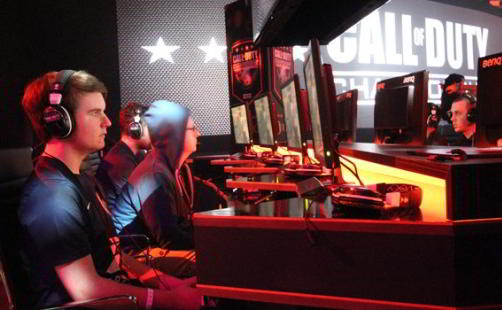 If one current shooter cannot meet or exceed other genres in eSports, then it's time for new blood. I'm not expecting immediate and unprecedented success from either Blue Streak or UT2014, but there is serious potential. Both have an established name behind them (Epic for UT2014, and Bleszinski for Blue Streak), rock-solid publishers (Epic and Nexon, respectively), and both will -- for better or worse -- have an entry point of zero dollars.

Not every game needs a vibrant eSports scene to thrive, but if "arena" is in the description, the cash needs to be there, without a doubt. And if Epic and Nexon don't understand that, then they shouldn't bother with releasing arena shooters in the first place.

I'm very excited for both Unreal Tournament and Blue Streak, but that excitement is not shared by all. Die-hard Unreal Tournament fans, including our own CJ Miozzi, view the Blue Streak announcement -- both the name and the timing -- as an affront towards Epic and the soon-to-be-revisited UT franchise. And I can't blame CJ for his feelings to a certain point -- for me, it would be like Grim Fandango 2 being announced, sans-Tim Schafer, only to have the industry luminary announce "Return to El Marrow," a short while later. Conflict abound!

I empathize with cranky UT fans, yes, but I hardly view Blue Streak as an FPS conspiracy. Bleszinski, who left Epic Games in October 2012, has been talking about his post-Epic work since at least last August. Are you really surprised that his next project is an arena-style first-person shooter? Is gullible written on the ceiling?

Epic and Bleszinski are both making free-to-play sci-fi arena shooters, and they're both coming sooner rather than later. You know what that tells me? Bleszinski -- and this is absolutely speculation on my part -- wanted to revisit the Unreal franchise while he was at Epic, and either wasn't allowed to, or didn't like the initial direction of the project. Epic is a powerhouse, and sometimes the vision of the top brass doesn't jive with the top creatives or technical talent. It happens more than you know -- just ask John Carmack.

Two rival arena shooters will, at worst, not impact each other in any significant fashion. But I'm an optimist, and the mere existence of Blue Streak will push the UT team at Epic to create a truly special product. And the same can be said when the roles are reversed; knowing that Epic will make a big splash with Unreal Tournament can only serve as motivation for Nexon, Boss Key, and Bleszinski.

The rivalry could also go beyond ideas and eSports, and cross over into the technical. If both titles are built on Unreal Engine 4 (again, pure speculation when it comes to Blue Streak), it will be a treat to see which company implements the platform in a more compelling fashion.

Competition in game development is good. It's great, in fact. The mere existence of Blue Streak is good for Epic because it will (hopefully) light that proverbial fire under their rear end, or make the existing fire even bigger.

I'm pulling for both games to be huge hits, if only so I can dust off my competitive gene, and get back to my heady eSports days of yesteryear.