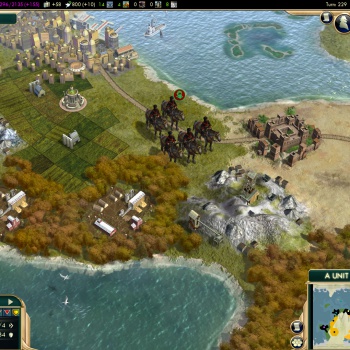 Instead, I think it is vital to stand up against this behavior. Calmly stating that you do not accept their abuse, and that you refuse to be silenced by bullying, feels oddly empowering in the face of words designed to disempower. It also humanizes the situation. Stating that you are an actual person and not some faceless, voiceless bag to be punched will end some harassment. Sometimes it makes the harassment even more vitriolic, and that's where the next step comes in.

It only goes so far for the victims of abuse to stand up. I encourage everyone, from fellow journalists to forum commenters, to address harassment when you see it. When encountering or witnessing the harassment of others, it is just as vital, if not more so, to condemn that behavior. Some victims of abuse or harassment are overwhelmed in the face of the deluge, and having someone else lend a hand in asking for the behavior to stop or to humanize the dialogue can make a huge difference.

To be clear, there are definite consequences to standing up and declaring abuse is wrong, and I believe that's why the "Don't Read the Comments!" philosophy was viable to some for a long time. By using Twitter handles, or linking to social media profiles of victims of abuse, it is possible to call more attention to and, therefore, cause more abuse of individuals unprepared for the deluge. Please use such power with care, and devote resources to helping the individual through the situation on a more personal level, if possible. Talking about abuse and harassment can also result in a large amount of victim-blaming - some abusers can declare the abused as either abusive themselves, faking the alleged abuse, or that they should accept such abuse because of their position or status. Those tactics are just as abusive as the original harassment and should be called out as such. There are also sometimes those who attack the presumed attackers with bullying and abuse that's as toxic if not more and such acts are just as hurtful to the discussion. I recognize these responses are imperfect, and standing up may seem to cause more problems than it helps at first, but I still believe it is important for us to stand together against any and all abusive behavior if we are ever going to see it reduced.

When the harassment and hatred seemed to have peaked, some commenters on the internet - many of them my colleagues - planted their feet and stated that the abuse and harassment needed to end. A significant number of writers and internet denizens recognized that the tactic of ignoring the abuse was no longer an option. It was refreshing, and I hoped the trend would continue so that we'd see an industry-wide response to abusive behavior.

Unfortunately, the rhetoric shifted. While I was at PAX Prime, happily enjoying a positive celebration of gamer culture, many writers proclaimed that culture was dead. I believe the articles were a response to the abuse and harassment on the internet, and I am glad they decided to write about it, but I did not understand why so many innocent folks, myself included, were lumped into a negative stereotype that gamers and the enthusiast press have been trying to shed for decades. I reject the notion that gamer culture in particular is more toxic than others, just as I reject the toxicity I do see there.

I am a gamer. I play games because I love them.

I am a gamer because I think they teach us about life. Games excel at putting us in the mindset of another role - be it a commander of armies, a wizard, a friend, a mother, a father or a toadstool. Sometimes that roleplaying is simply skill-based and sometimes it is experiential. Games are amazing pieces of art because they allow you to succeed or fail in goals that are separate from your own. I echo the sentiment publisher Alexander Macris founded The Escapist upon that games are the most important art form of the 21st century precisely because of this ability.

I ask that you use the natural empathic ability of games to recognize the viewpoints of those different from you.

I do not support harassment by gamers or of gamers. Abuse is wrong, no matter what you believe or who you support. Engaging in debate is important. Publicly stating ethics policies is important. Encouraging all voices to participate in the discussion is important. Insulting, abusing and harassing those who disagree with you is bullshit.