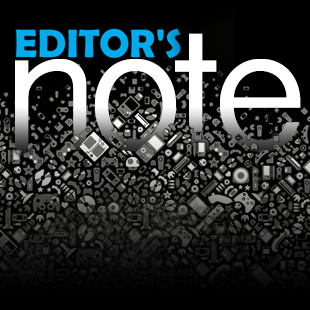 I love games. I play them whenever I can. My brain considers so many different tasks, worries, and concerns throughout the working day. The moment I get in front of my computer and grab that mouse is the only time I feel truly relaxed. I lose worry in simulations. I don't consider my world when I am in another. I am a gamer precisely because I normally carry so much stress. I am a gamer because I believe that, for many people, games are a force for good.

Over the last few weeks, my belief in that last statement has been shaken a bit in the earthquake of controversy. The accusations of an ex-boyfriend about an independent game developer soon unleashed a deluge of anger and resentment that flooded The Escapist's comment threads, the internet in general, and my Twitter feed. I decided to keep open a forum thread on our site where a discussion could happen and asked the intrepid Escapist moderators to keep it as free of overt violations of conduct as possible. I don't think change is ever enacted without a dialogue - thesis and anti-thesis become synthesis. I tried to fight against the bullying and abuse that I thought was wrong. I tried to listen to the legitimate criticisms I read in that thread. I waded against the flood by stating over and over again that the discussion was a vital one but that the harassment and abuse I encountered was not acceptable.

In time, the conversation on our forums and elsewhere moved to a critique of the ethics of game journalists. Some of our readers pointed to news reporting on The Escapist which failed to maintain appropriate standards. I accepted that criticism and apologized for our errors. Over the last few weeks we have been discussing how to improve the transparency and credibility of what we present on the website. The result is the publication of The Escapist's Ethics Policy, which you can find here.

I am happy a bleak situation has yielded positive change for our publication. The Escapist has always aimed to uphold high standards, and I think it is important to state our standards openly and publicly. The need for journalistic integrity is vital, and I hope this statement of ethics makes our positions clear.

I'd like to address something that I think has made this conversation far more divisive and painful than it needed to be - the prevalence of toxic comments online. The Escapist's mandate is to offer intelligent and entertaining commentary and content relating to the things we love - games, movies, TV, comics and science - and we support all such discussions of our culture. I think it is extremely important for voices like Anita Sarkeesian to critically examine games and Boogie2988 to make funny videos satirizing our culture, just as I think it is extremely important for pundits like Yahtzee Croshaw, Jim Sterling and Bob Chipman to critically examine the gaming industry and Hollywood. We feel strongly about game publishers, Aliens, Dr. Strange, the representation of women in games and the terribleness of SimCity and we will argue about all of them - that's not a problem. It is a problem to attack an opponent personally. The moment when you insult or degrade your debate opponent is the moment the conversation ceases to be a debate.

In the past, I've given the following advice to writers and creators on the web: "Don't read the comments." It was a survival method to avoid the toxicity and therefore stay (relatively) sane. The advice was essential if a topic verged on anything potentially polarizing like climate change or feminism, but it was a handy go-to even for commonplace reviews of video games. People can be jerks over certain BioWare RPGs, for example.

I don't think that advice is viable anymore. It is important for us as human beings to be able to express ourselves without fear of bullying or harassment. Everyone is entitled to express their opinions, but there are judgments on how those opinions are expressed. Placing your head firmly in the sand to avoid being harassed only prevents you from feeling comfortable in your occupation or your chosen hobby (or, you know, your life). It may even encourage others to harass or abuse because demonstrable effects can be observed. The silencing of a voice can feel like a victory to some.